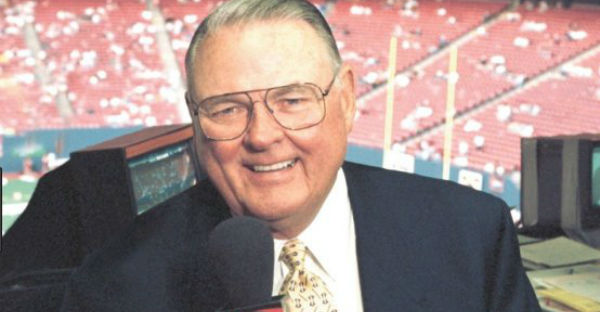 Legendary broadcaster Keith Jackson passed away on Friday night, according to Todd Harris of NBC Sports. He was 89.

According to Harris, Jackson, who he called a “mentor and dear friend,” was surrounded by family members at the time of his passing.

The voice of college football and so much more has left us. My mentor and dear friend, Keith Jackson passed last night surrounded by his family. Truly one of the greats in the broadcasting industry. I am grateful for my time with a true legend. Thank you for the lessons KJ. pic.twitter.com/SPGIZXrZNA

Jackson, a former Marine who served in the Cold War, was known for his college football broadcasts. But he had a deep career in auto racing. He broadcast the 1971 Daytona 500, which was Richard Petty’s third win of the Great American Race. He also broadcast the 1975 Indianapolis 50o, the 1987 Winston made famous by Dale Earnhardt Sr.’s “Pass in the Grass,” and the 1990 Monoco Grand Prix, the last race he broadcast with another legend, Jackie Stewart, among others.

He also provided the soundtrack to many of college football’s most memorable games, including the 2006 Rose Bowl BCS National Championship between Texas and USC, which served as his final call.

#RIP to the legendary Keith Jackson, the voice of college football in my childhood.

Only fitting his final game was the greatest college football game ever played. “4th & 5” pic.twitter.com/XGnPdvWsoo

He was also the play-by-play man for the firstMonday Night Football game, the World Series, the Summer Olympics, the NBA Finals  and numerous other events during a career that spanned 56 years, most notably with ABC Sports.

Jackson is survived by his wife, Turi Ann Jackson, as well as his three children and three grandchildren.