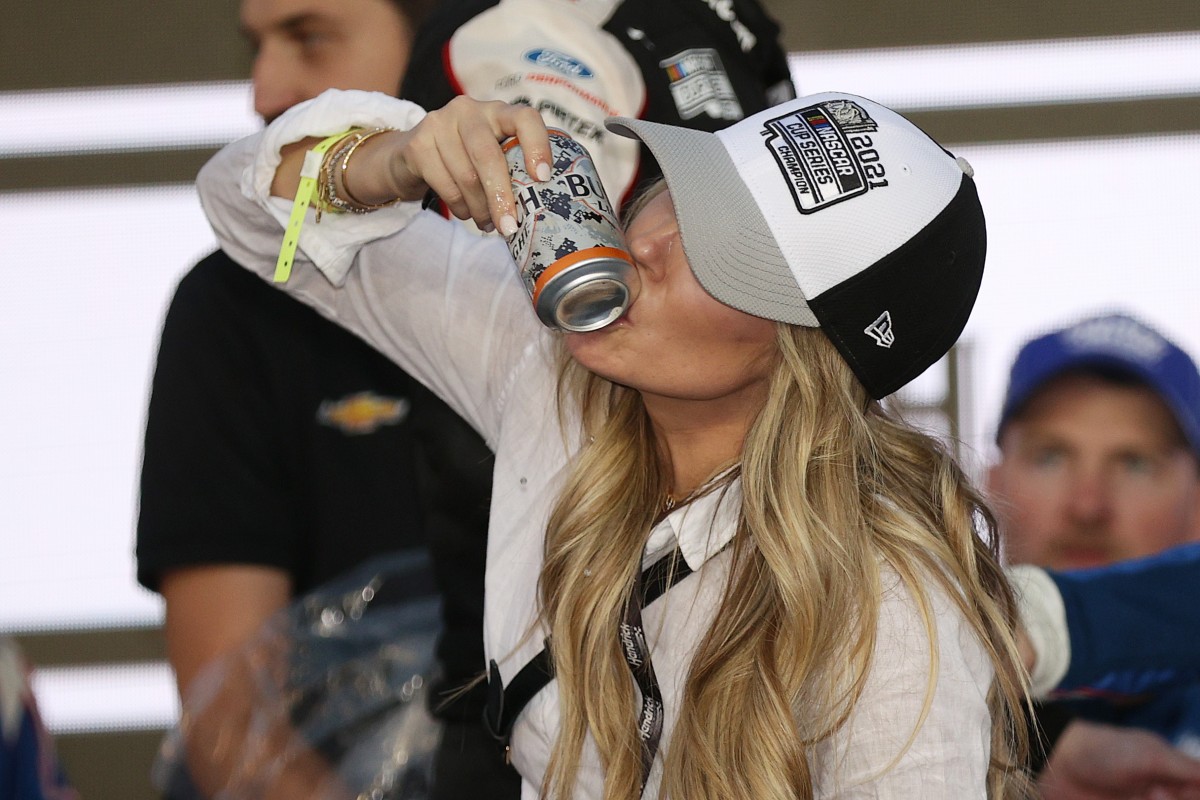 On Sunday, Kyle Larson capped off a dominant NASCAR season with a win at the NASCAR Cup Series Championship race at Phoenix Raceway. Larson came into the 2021 season following a lengthy suspension in 2020 that was handed down by NASCAR officials after Larson said a racial slur during a NASCAR iRacing livestream event. The resulting controversy led to Larson’s firing from Chip Ganassi Racing, and from mid-April to October 2020, Larson was suspended from NASCAR competition. Larson continued to race on the dirt track circuit during his suspension, and on October 20, 2020, his competition privileges were reinstated. Hendrick Motorsports made the decision to sign Larson for the 2021 on October 28, and the optics risk for Hendrick paid off, as Larson racked up 10 wins and a Cup title for the Rick Hendrick-owned racing team.

Larson’s championship win was a redemption of sorts for the 29-year-old California native, and the Larson family’s celebration in victory lane clearly demonstrated that. The hard part was over. Now it was time to party.

The arguable star of the post-race festivities was Kyle’s wife Katelyn, who shotgunned a Busch Light and got the whole internet talking. Now this is how you keep the party going!

In an interview following her victory lane moment, Katelyn described her emotions in the wake of her husband’s big win.

“It means so much,” Katelyn Larson said. “Just because of what Kyle and I had been through as a family. I don’t even know what the right word is. Redemption, all of it. I was crying for the last 20 laps.”

“It was so nerve-racking. But, it is the best feeling because of what we’ve been through in the past. And just the good feeling that’s come out of it.”

There goes our hero, @mrs_klarson!

After shotgunning a beer at the @MonsterMile, @KyleLarsonRacin's wife did it again at the @NASCAR Awards! pic.twitter.com/rgQAGwdf1d

As you probably know, this isn’t the first time that Katelyn Larson has gone viral for shotgunning a beer. On October 2019, she shotgunned a beer in victory lane at Dover International Speedway after Kyle won the playoff race there. As the clip shows, she seemed to have spilled more than she drank, so to make up for the flub, she also shotgunned a beer during the NASCAR Awards in Nashville a couple months later.

I think we can all agree, though, that Katelyn’s fun times in Phoenix marked her best shotgunning attempt yet. What a difference two years makes!