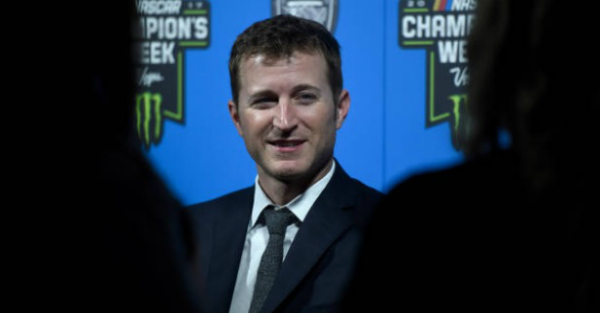 In a year that has seen some of the biggest names in NASCAR walk away from the sport, we’ve also seen some join with new teams.

Kasey Kahne is one of the drivers that will be getting a new ride for 2018, and he’ll be doing so with Leavine Family Racing. Kahne had been with Hendrick Motorsports since 2012, winning six races during his tenure with the team. He had his best finish (4th) in the Cup Series during his first year at HM, but didn’t place higher than 12th in any other season with the team.

He’s looking to have a fresh start with the single-car team and although he’s ready to get going in 2018, he didn’t quite want 2017 to end.

“Truthfully, I was fine if the season kept going a little longer,” Kahne told NASCAR.com. “I enjoy a lot of the guys on my team, a lot of the people at Hendrick so I was having fun working with those guys.

“You always want better performance, but we had that at times,” added Kahne. “So it was an all-right ending and a lot of good friends there that will carry on as we start something new.”

RELATED: After moving to a new Cup team, this driver said he wants to race more outside of NASCAR

He finished out his career with Hendrick Motorsports with a playoff appearance, but failed to make it out of the Round of 16. While he did manage a few top-10 finishes down the stretch, they were after he’d been eliminated from contention. Kahne’s lone win came at the Brickyard 400 and was his first win in the Cup Series since 2014.

As Kahne prepares for 2018 in the No. 95 Chevrolet Camaro ZL1, he’s already met his new team and checked out the facilities.

“This week I went over there, once we start getting seats and things I?ll be over more and more involved, making sure everything is how I want it,” Kahne said. “I?m already starting to learn the people, learn the names and start making some relationships.”

While beginning to prepare for 2018, Kahne will be enjoying the downtime of the off-season, he’s also looking forward to spending some quality time with his son, Tanner.

“I?m going to do Chili Bowl and look forward to the holidays with Tanner, go to the beach and watch him learn the holidays a bit,” Kahne said. “It will be fun.”