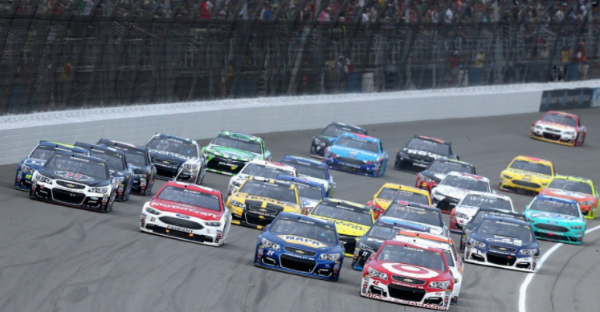 Most fans focus on the drivers of NASCAR, as they should. But the people who write about the news of NASCAR also play an important role, and today, NASCAR got bad news.

Three of the best in the business have reportedly lost their jobs.

Eddie Gossage, the President of Texas Motor Speedway, sent out a tweet that broke the news that K. Lee Davis of ESPN, and Holly Cain and Kenny Bruce of NASCAR. com have all lost their jobs.

AWFUL NEWS. Three of sport's BEST journalists laid off: @_HollyCain, @kennybruce and @KdotLeeDavis. Auto racing is the big loser here. Some of the best journalists I've ever met. Journalism is in such a sad, sad, sad shape. @NASCAR @IndyCar

Scott Cooper, the vice-president of communications at Charlotte Motor Speedway, also weighed in.

Truly two of the best motorsport media members in NASCAR. Firm believer that God's in control and things happen for a reason. This means more great things are on the horizon for good people like @kennybruce and @_HollyCain https://t.co/0wWp9O36LL

Davis confirmed he’s been let go. Cain won  Bob Russo Founders Award for dedication to auto racing this year, and  Bruce is the three-time National Motorsports Press Association Writer of the Year and current president of the NMPA.

Oh, so I failed to mention earlier — at least explicitly — that I was laid off by ESPN on Monday. So now you have official word, not that the word of @eddiegossage isn’t good enough. It was a fun ride. I’ll keep the fun going when I settle into a new reality.

These three journalists have stellar reputations and fans weren’t the only ones who noticed — so have some big names in NASCAR.

I cannot begin to tell you how much I hate hearing this. Holly, Kenny and K. Lee are all great journalists. More importantly, they're all great people.

.@_HollyCain all the best! Look forward to your next chapter! See you @TooToughToTame soon too

Talent always finds a way of landing on its feet. Let’s hope that happens here.