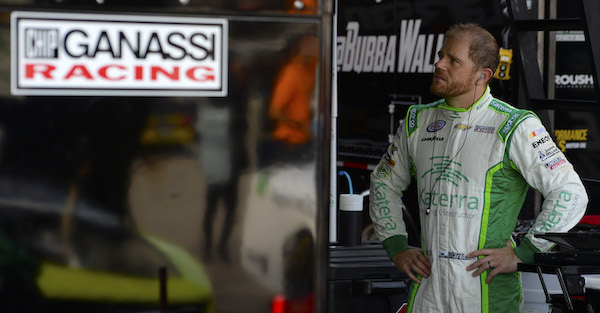 Justin Marks is training for his first Daytona 500 in the NASCAR Cup Series in February, and the 36-year-old has trained for the event in a very unusual way.

According to ESPN’s Bob Pockrass, Marks made it 21,900 feet in six days, and he finished about 900 feet short of the peak.

This was it, near our turnaround point. Made it to within 900 vertical feet of Aconcagua’s (22,840’) summit. We were lucky to get off the mountain before the weather came in. Others were not. pic.twitter.com/sb5CY6PAZ0

Related: Driver returns to the Cup Series and plans on having a very busy year

“It was big,” Marks said. “We didn’t make it to the top, but we made it really close. … It was an altitude test for me. Even where we turned around, I was at the highest point in the world outside of Asia.”

“The mountains are calling. And I must go” pic.twitter.com/jTEsEE7no0

Marks eventually wants to climb Mount Everest, but he’ll have to put that on hold as the Daytona 500 approaches in February. He has a busy season planned as he will race in several different series, and the grueling racing season will likely seem like a cakewalk compared to climbing a mountain.