As a result of a partnership, a driver will race in the Daytona 500 for the first time 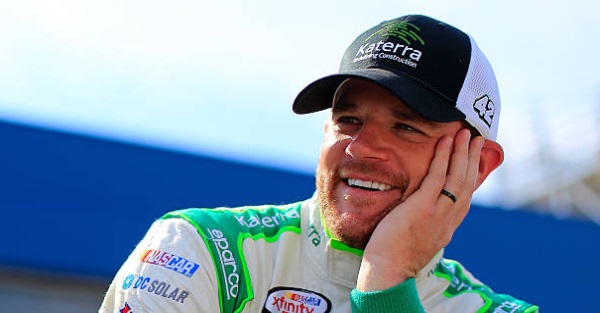 Justin Marks has driven in the top three series of NASCAR since 2007 but he’ll be getting his first shot at the Daytona 500 in just under two weeks.

Rick Ware Racing and Premium Motorsports have teamed up to allow Marks to enter the Great American Race in the No. 51 car, according to autoweek.com. RWR recently leased an ownership charter from Richard Childress Racing so Marks will be running a new Chevy Camaro ZL1 at Dayton International Speedway.

RELATED: Driver returns to the Cup Series and plans on having a very busy year

“Racing in the Daytona 500 is a dream come true,” Marks said in a statement released by the team. “The team has taken a dramatic step forward for 2018, and I think we?re going to have some real good equipment for this year?s 500.”

Marks will be racing full-time in the IMSA WeatherTech Sports Car Championship for Michael Shank Racing, he also plans to run up to six NASCAR races for 2018. Marks has never run a full season in the Truck Series, Xfinity, or Cup Series. He’s always been a part-time driver in NASCAR but does have 72 races under his belt across the three series, with his lone win coming at Mid-Ohio Sports Car Course in the Xfinity Series.

He has three previous starts in the Cup Series, one in each of the past three seasons, but this will be his first Daytona 500. He’s previously raced at the track in the Truck Series and Xfinity Series.