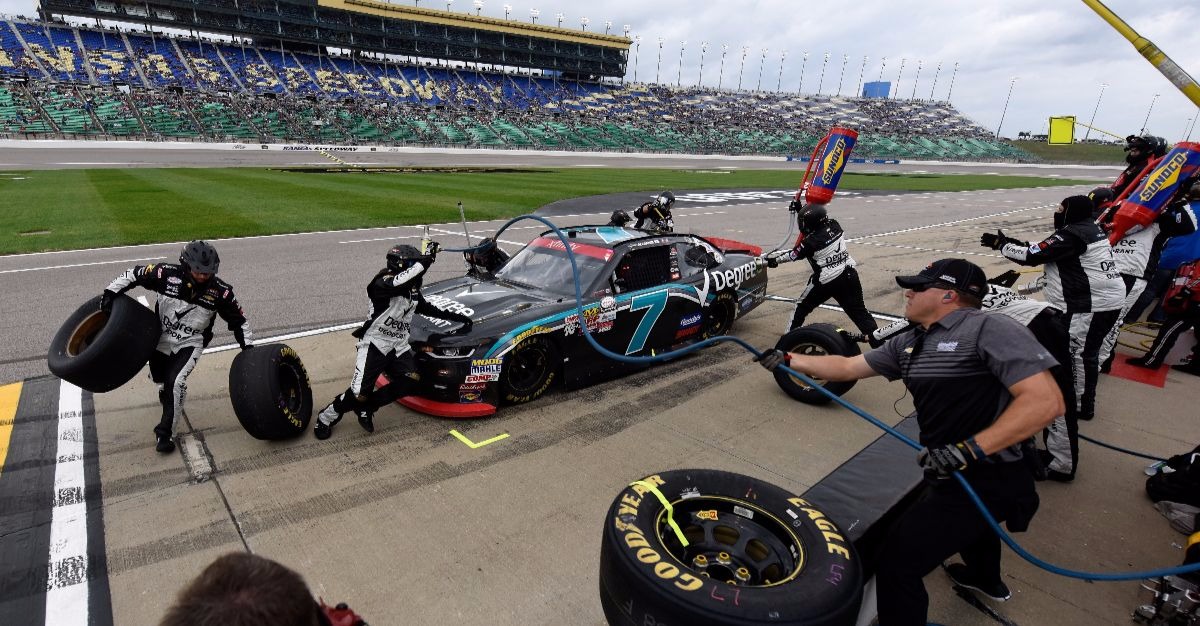 When news broke that JR Motorsports would be without their regular pit crew for the race today, the focus was on what the team would do to replace the members who couldn’t be there. It seemed as if the crew just got stuck on the ground in Arkansas on their flight in.

The whole truth was a little sketchier. According to NBCSports, it was actually an emergency landing that stranded half the pit crew 1,000 miles from their destination.

The crew is safe, but them not being in Arizona for the race is quite a wrinkle.

?At the end of the day we have the best pit crew on pit road normally,? Justin Allgaier said. ?That?s a little disappointing that those guys aren?t here, because I do feel really confident with those guys. One thing I know is, everybody at Hendrick Motorsports, that we use their pit crews and everybody here at JR Motorsports, they rally behind adversity. I know the guys we?re going to assemble are going to be just as good. I?m looking forward to that challenge.?

A NASCAR team isn’t very effective without a pit crew. The car won’t fix and fuel itself, after all.