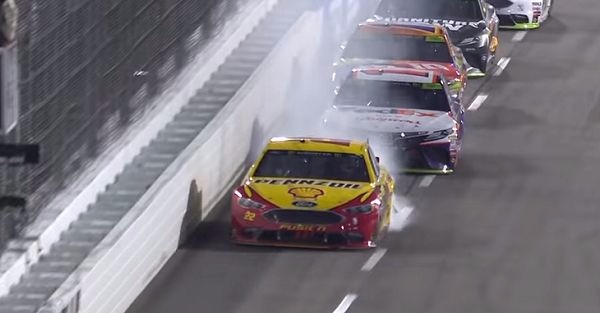 It’s not every day in NASCAR that you hear a crew chief take the blame for a mistake, but that’s exactly what Todd Gordon did when he admitted during a SiriusXM NASCAR Radio interview he should have called Joey Logano to pit road after colliding with Kyle Busch’s car.

The incident took place with 13 laps remaining at Martinsville and damaged the rear tire on Logano’s No. 22 Ford. Gordon knew if he called his driver to the pits, then he would have lost 2 or 3 laps, so he took the chance of leaving him out on the track in hopes of salvaging a top-5 finish. Unfortunately, the situation grew worse when Logano spun out with nine laps remaining, which eliminated Team Penske teammate Brad Keselowski’s more than second lead over the rest of the field.

A victory at Martinsville would have sealed Keselowski’s spot in the Championship 4 race at homestead, giving Team Penske a chance to win its second NASCAR Cup Series Championship.

“I guess I should have called him in earlier with the grander picture in my head,” Gordon said, according to NBC Sports. “I missed the call. I just own that I missed the call myself.

“Regretful for that for our teammates and everybody here at Team Penske. Brad had a dominant car all day, and I think was in a great position. Wish you could take those things back but you can’t. At that time, my focus was on a momentum builder for our team. Saw that opportunity, didn’t know how bad the rub was and as it became more clear it became too late to react to that.’’