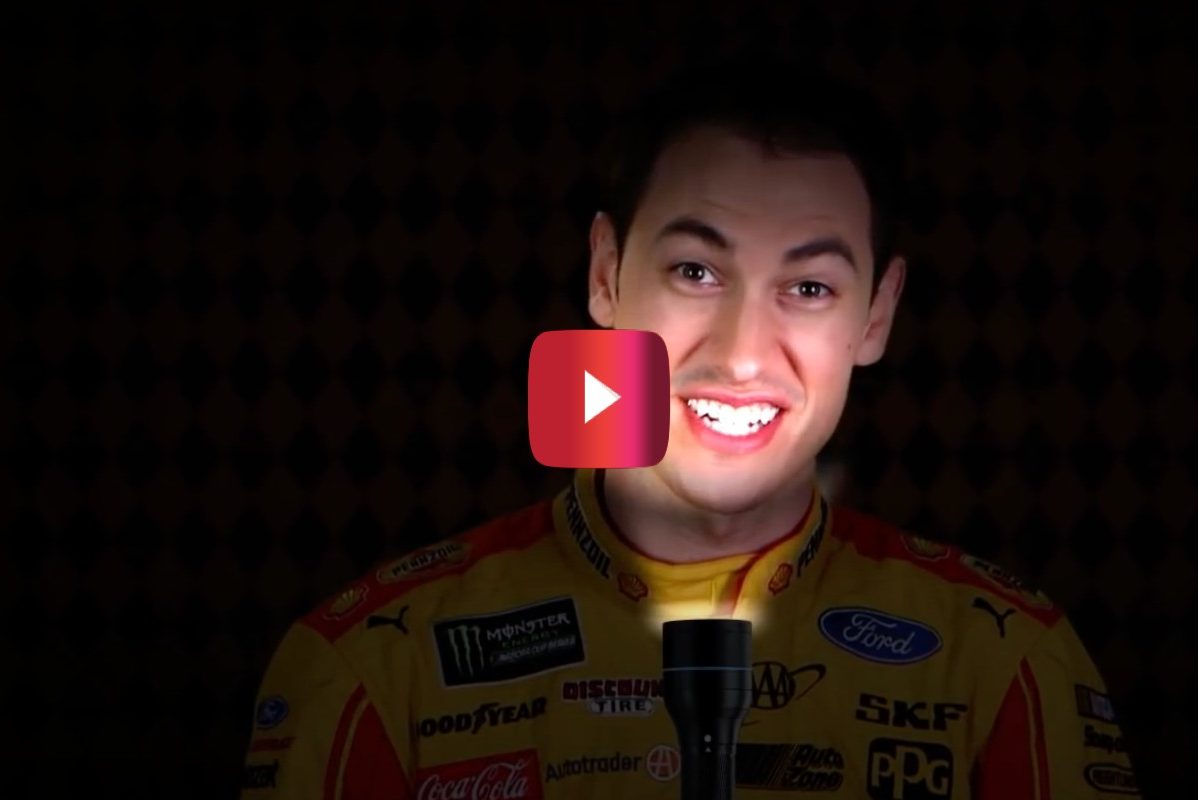 Everyone loves a good scary story, especially during Halloween, and what we’ve got here is a terrifying tale that still haunts NASCAR driver Joey Logano to this day.

Ok, so it doesn’t actually keep the driver of the No. 22 for Team Penske up at night, but a couple Halloweens back, NASCAR.com wanted to get in the spooky season spirit with a special video, and Joey was a good sport about it.

Anyway, back to the story. Cue the scary music and the flashlight.

So, as the story goes, one Halloween past, the unsuspecting Joey came home to some horrifying news from his wife Brittany: The couple would be hitting the town for Halloween dressed as a hot dog and bun. The humanity!

But, the horror doesn’t stop there! Because they got a bit of a jump on things, they were out to dinner in Charlotte, North Carolina around the same time as everyone was getting off from work. So, you can pretty much picture the scene: There the soon-to-be Cup Series champ was, smack dab in the middle of a sea of business people in various shades of grey suits and ties… dressed as a hot dog.

Yeah, so maybe this image is a little more horrifying than we initially pictured. We definitely feel for Joey here.

At the same time, we can all learn something from Logano, because he took it all in stride. He said it was a little embarrassing, but it was okay, because that’s just who he and his wife are: A hot dog and his bun.

Also, don’t call it downtown, it’s “UPtown.” People from Charlotte can get weird about that.