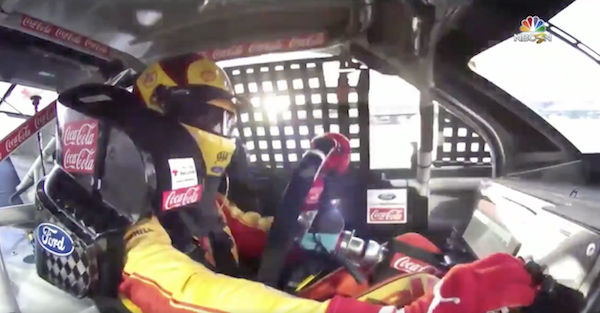 Joey Logano’s struggles continued Sunday during the Southern 500 at Darlington Raceway, and his car lost power twice during the race.

Logano instinctively shut the car off when he lost power, but the car continued to lose power when he cut it back on. His crew gave him a piece of tape to put over the switch so he wouldn’t be tempted to turn the car off again.

Joey Logano lost power twice today, but he's made adjustments to make sure he doesn't do so again. #Southern500 pic.twitter.com/D9t2rPAghV

Related: Joey Logano is putting his money where his mouth is

Logano lost some ground when he decided to cut the car off, so his crew wanted to prevent that from happening again throughout the race.

Still, Logano only finished 18th in the race, and he will need a win next week at Richmond to make the playoffs. He won at Richmond earlier this season, but it was declared an encumbered victory after his team was penalized in a post-race inspection.