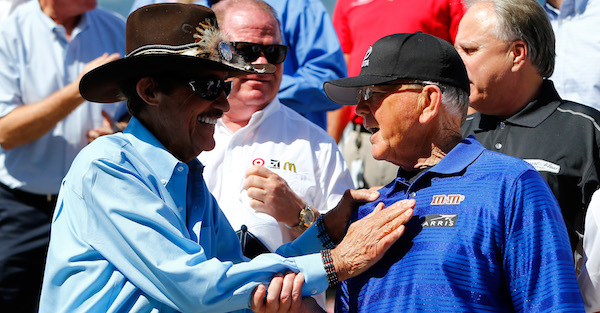 Hendrick Motorsports has stolen most of the headlines this offseason in the NASCAR Cup Series, but their top rival could be in store for a better season on the track in 2018.

Joe Gibbs Racing nearly captured the championship last year with Kyle Busch, and the team is poised for an even bigger year this season.

“All four Gibbs cars ? just like they did I think in 2016 ? will make the playoffs,” Alexander said. “Denny Hamlin and Kyle Busch are no-brainers. Most would probably say the same thing about Erik Jones when you look at the rookie year he had.”

Alexander also said he believes Daniel Suarez will win a race so all four Gibbs drivers win races and make the playoffs.

Gibbs and Hamlin making the playoffs are expected, but Alexander went out on a limb by predicting Jones and Suarez will both make the playoffs. They both barely missed out a season ago, and they are looking for their first wins of their careers. The upgrade in equipment should certainly help Jones as he enters his first season with JGR.

JGR put three drivers in the playoffs last year with Busch, Hamlin and Kenseth. Jones has big shoes to fill in Kenseth’s No. 20 Toyota, but Gibbs made the move because he believed in Jones’ potential.

If all four Gibbs drivers do make the playoffs and at least one is in the Championship 4, it will be a huge year for the team this season.