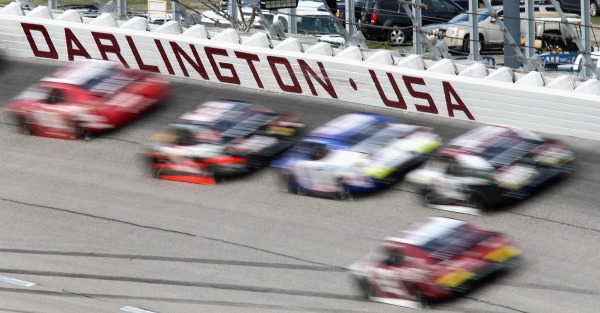 Jimmy Makar, senior vice president of racing operations at Joe Gibbs Racing, is standing behind his crew chiefs after penalties came down from NASCAR to take the shine off of last weekend’s sweep at Darlington.

According to NBCSports, Makar blames “circumstances that are out of your control” for both winning cars failing post race inspections.

?We?ve been back to the tech center with the race cars multiple times this year and been checked for these same rear suspension measurements they?re doing that we were found to be out of tolerance on (after Darlington),? he said. ?[?] They check it at the racetrack a little differently. And we were fine in pre-race and post-race on the measurements they take there.

?The problem became when they came back to the tech center, and they measured it in a different way is where we got into the discrepancy on the amount of tolerance.?

Makar thinks that violations due to measurement inconsistencies are much different than flat out trying to get away with an illegal setup, saying:

?It?s a little different than just having an illegal part or something like that that just blatantly you try to get by with. That?s kind of black and white, and nobody wants to get involved in that kind of mess. This kind of situation is more of a tolerance, a measurement that they measure at the racetrack.?

Makar maintains that he has no control over the different measurements since the cars passed each time they measured the car, and the reason that it is close enough for a measurement technique to matter is because teams are pushing the limits to be competitive while trying to stay within the rules.

?You know you want to take advantage of every opportunity you can to make your race car faster and give your driver all the advantages they can have,” Makar said. “There is a line there you don?t want to cross, but as long as you?re dancing on that line, you have circumstances that are out of your control sometimes that cause a problem.?

Another aspect of the penalties that Makar brought up was the fact that small changes in the suspension geometry can happen during the course of the race without any illegal modification from the team.

?You hit the wall several times during the course of the race with the right rear,? he said. ?Things get bent. Things move. I think all those things added up to this couple thousandths of tolerance that we were out. It?s not an excuse, but as we look back at it, we did leave ourselves enough room for those things to happen. ? Even if you were going to be a little bit inside the (tolerances), you still don?t know if hitting (the) wall one time is one time too many.

?[…] This is my opinion and my opinion only, but I think you could?ve taken every car that finished that race this weekend and found most of them have a little bit of the same problem.?

The penalties resulted in Denny Hamlin’s thrilling win at Darlington being encumbered and Joe Gibbs Racing?s crew chief was hit with a $50,000 fine after a post-race inspection uncovered a violation.

The No. 11 Joe Gibbs Racing was flagged for a rear suspension violation. Crew chief Mike Wheeler was suspended for two races in addition to the fine. The team lost 25 owner points and 25 driver points, in addition to Hamlin?s first-place finish being encumbered. The team also lost their Xfinity series win for the same issue, a suspension violation. Crew chief Eric Phillips was fined $25,000 and suspended from two races.

Related: Big NASCAR name rips drivers who ‘cheated’ calls for radical change that would shake up the sport