Some 16 years later, Dale Jr. is still pissed at a rival over an explosive allegation 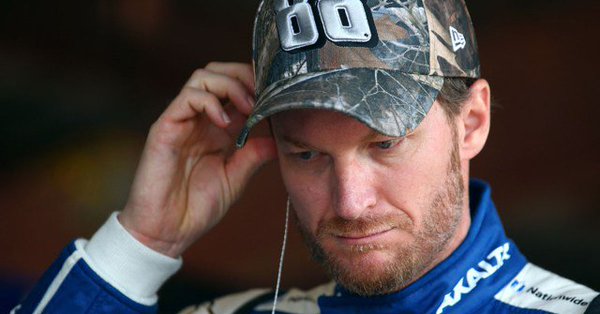 Dale Earnhardt Jr.’s big win — maybe his biggest ever — came just months after his famous father was killed in the 2001 Daytona 500 on Feb. 18 of that year.

Junior went back to Dayton that July and won that Cup race. But immediately after, at least one driver wondered aloud whether something was fishy. After all, it was a story book ending — son wins first race at Dayton since his dad was killed.

Junior was furious then, and even today, the comment bothers him.

?…It bothers me today. A lot of times, myself included, you don?t think before you speak, but that was an incredible night for us in 2001 when we won that race,” he said in comments reported by NBC Sports.” I just felt like even if he did feel that way, I was disappointed that he would do that and say that.”

That’s not far off his comments in 2001, when he said: ?It?s really bothered me pretty bad. That?s like the biggest race of my career. That was my biggest win. Aside from the wins that I had when my father was there, that is going to be a day that I?ll always remember. For somebody to question its credibility, question my credibility, I feel like that?s a slap in my face, a slap in my father?s face and a slap in (crew chief) Tony Eury?s face.”

Earnhardt told the New York Times that Spencer apologized, but his anger still seethed through.  “Spencer pretty much blatantly said what he said,” he told the Times.