Jimmie Johnson Is out to Prove the Haters Wrong 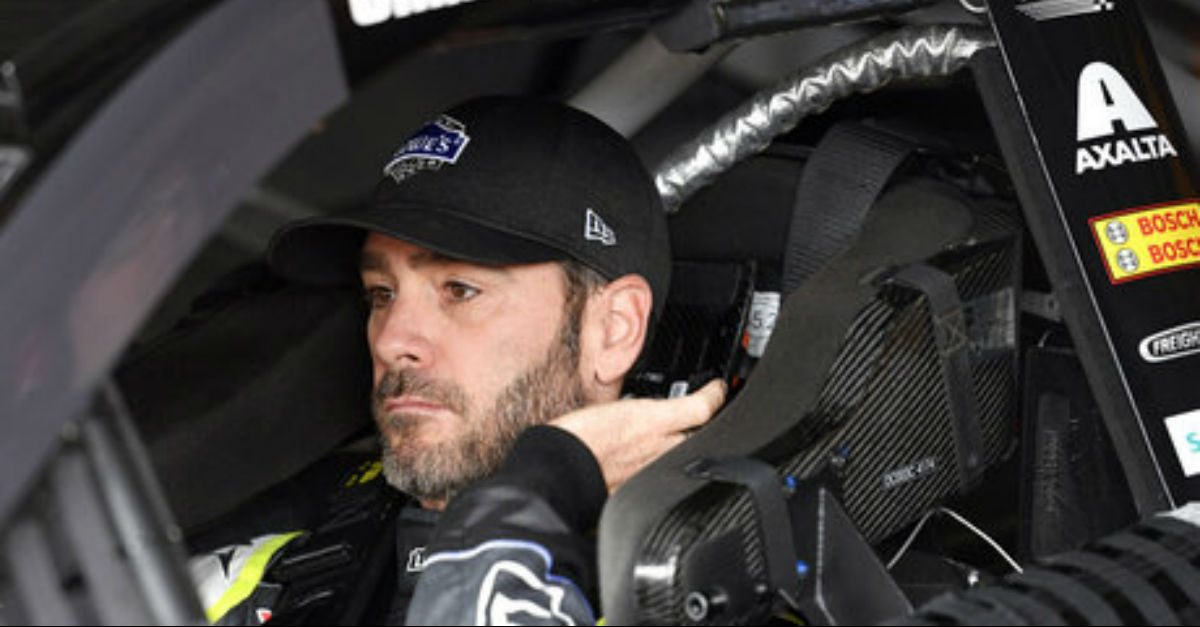 CHARLOTTE, N.C. (AP) — Jimmie Johnson, one of the most polite and professional athletes in sports, rarely gets rattled. Unless he is being trolled on social media.

Johnson’s patience was very much tested last season, the worst of his NASCAR career. He could handle the losing, the internal struggles at Hendrick Motorsports and the final races with longtime crew chief Chad Knaus.

It was the strangers who suggested his best days are over that got under Johnson’s skin and forced him to clap back on Twitter. His responses were sometimes humorous if out of character for Johnson, until he stumbled upon a post that called him a “has been” and told him to retire.

The retort is now his mantra as Johnson heads into the 2019 season determined to prove he is still capable of winning a record eighth Cup championship. He had shirts printed and distributed to friends, and five-time IndyCar champion Scott Dixon recently honored his NASCAR contemporary with a video of him exercising in a “I’m not done yet JA” shirt.

Johnson has seven championships, tied with Hall of Famers Richard Petty and Dale Earnhardt for most in NASCAR, and with 83 career victories he is just two wins shy of sole possession of fourth place on the all-time list. He has nothing to prove to anyone, but his aggravation is real at the suggestion he should hang it up.

“I get to say when I’m done,” Johnson said. “It did weigh on me and I can’t wait to win and win often. I think that would be something really nice to say back to all those people that suggested that I was washed up and done.”

Johnson begins his 18th season next week at Daytona International Speedway, where he will lead a new-look No. 48 team. Lowe’s had sponsored his car since his 2002 rookie year but left NASCAR at the end of last season. Ally Financial Inc. is his new sponsor and its paint scheme and color palette are the first significant changes to the No. 48 Chevrolet since the team launched with Johnson.

There’s been a change at the top, too, as team owner Rick Hendrick split Johnson and Knaus. It was Knaus who built the team from scratch, back in 2002, and he and Johnson had been together from the start.

Although successful, the duo had their disagreements and Hendrick on at least one occasion threatened to separate them. They won their seventh title together in 2016 but the need for a change emerged the very next season when Johnson won three races but never truly contended for the title.

Hendrick Motorsports was in a deep rebuild and all four of its teams suffered last year, but the struggles were most glaring for Johnson. It was his first winless Cup season and he finished a career-low 14th in the final standings. Hendrick had made a mid-season decision to move Knaus in 2019 to driver William Byron while Kevin Mendeering, an Xfinity Series crew chief, was promoted to one of the biggest jobs in racing.

Hendrick believes the change was overdue.

“It’s no different than an NFL team when you’ve got a really good coach and a really good quarterback and a really good team, but for some reason it is tired and you need a spark,” Hendrick said. “You just can’t keep going back again and again and again trying to hold it together. Chad needed a new challenge and so did Jimmie. The combination, they both had tremendous desire, but it just needed something fresh. Jimmie has now got a guy who is very technical, but Jimmie is a champion and he wants to lead the team now.”

Mendeering returns to the Hendrick shop after three seasons as a crew chief at JR Motorsports, the affiliated Xfinity program where HMS crew members and engineers prepare for the big leagues. His first Cup crew chief job puts Mendeering in charge of helping Johnson win that elusive eighth title.

“I’m ready. The more prepared you are, the more work you put in, the less pressure there is because you are ready for every situation,” Mendeering said. “Jimmie wants to win at everything he does and I think he has been rejuvenated. He is going to do whatever it takes and he is going to push himself past the limit. He will be back in victory lane this year.”

Johnson got a kick out of Dixon, the top IndyCar driver of his era, wearing that shirt last month. The two have become friendly over the years and Dixon understands why Johnson gets so angry at his critics.

“It’s an important part of racing, you’re always going to have people that love someone, hate somebody else and most of the time the guy who’s successful gets hated on a lot,” Dixon said. “That’s not fun to see the same guy win all the time. Jimmie’s done a very good job of that.

“With Jimmie, I don’t think he needs that motivator, but it’s also important to use it and turn it into a positive to help yourself. Which I think he’s very good at. He wants to punch someone out!”

Read More: This Jimmie Johnson Hater Earned Himself a Slap for this Aggressive Stunt