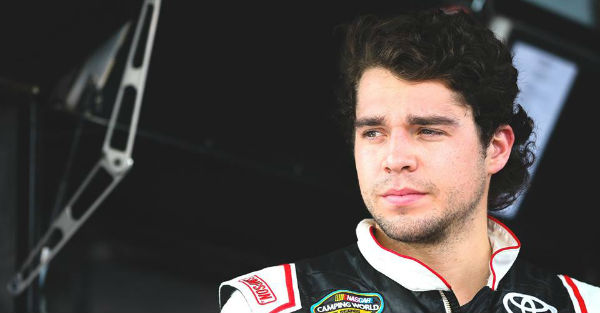 The team has made several big announcements, including naming a driver and crew chief, and switching manufacturers.

The team will also make a manufacturer switch, dropping Toyota and moving to Ford. The team also said it acquired equipment from the now defunct Brad Keselowski Racing.

?We?re excited about the changes and the future of JJL Motorsports,? said team principal Jason Little. ?We?ve been very fortunate to have some great relationships in the Truck Series since our beginning, but 2018 is looking to be our most productive yet both on and off the track.?

Officials from JJL Motorsports announced today that the No. 97 owned team plans to increase their involvement in the NASCAR Camping World Truck Series (NCWTS) and the ARCA Racing Series presented by Menards this season with primary driver Jesse Little at the helm.

The team will make their 2018 debut at Atlanta (Ga.) Motor Speedway in the Feb. 24 running of the Active Pest Control 200 benefiting Children?s Healthcare of Atlanta. Currently, the team has eight to 10 Truck Series race circled on the calendar, but that schedule could increase as the season progresses.

JJL Motorsports has also reconnected with Matt Noyce who will serve as crew chief for the team this season. Additionally, the team will switch manufacturers for the upcoming season from Toyota to Ford.

To help with their manufacturer change, the team acquired equipment from Brad Keselowski Racing (BKR) during the off-season.

?We?re excited about the changes and the future of JJL Motorsports,? said team principal Jason Little. ?We?ve been very fortunate to have some great relationships in the Truck Series since our beginning, but 2018 is looking to be our most productive yet both on and off the track.?

NASCAR Next alumnus Jesse Little is looking forward to the new season, where he hopes the changes will not only put his team in the limelight but also continue to showcase his ability as a race car driver.

Heading into the new season, Little has amassed a competitive NASCAR resume in six years which includes two wins, 18 top-five and 28 top-10s in NASCAR K&N Pro Series competition and one top-10 finish in 13 Truck Series starts.

?I can?t thank my uncle, Matt and everyone on the JJL Motorsports team enough for making these huge strides,? he said. ?I can?t wait to get on the track at Atlanta and see what we pull off.

?We?re putting all of our eggs into one basket this season and I think that focus and dedication will not only allow us to accomplish our goals, but raise the bar even further as the year races on. Can?t wait.?

While hoping the changes JJL has recently made will be beneficial, the team still believes in its original value of holding the highest of professional standards while working to develop upcoming drivers as they prepare to transition from a touring series to NASCAR?s national series levels or ARCA Racing Series level.

?Jesse is going to be a huge part of the JJL Motorsports scope this year, but we?re eager and actively pursing working with other drivers who want to make that next leap in competitive equipment or established drivers looking for competitive equipment,? added Jason Little.

?Our focus is the Truck Series this year, but we?re also going to run some ARCA too. For sure, we?re planning to run the ARCA race at Charlotte with Jesse, but that opportunity for someone else to jump in and drive will be an option.?

While a primary marketing partner announcement for JJL Motorsports is forthcoming, Mid Valley Engineering, Performance Friction Brakes, Penske Shocks and Racing Electronics will all serve as associate partners this season. JJL is also currently working other associate partners to be announced soon.