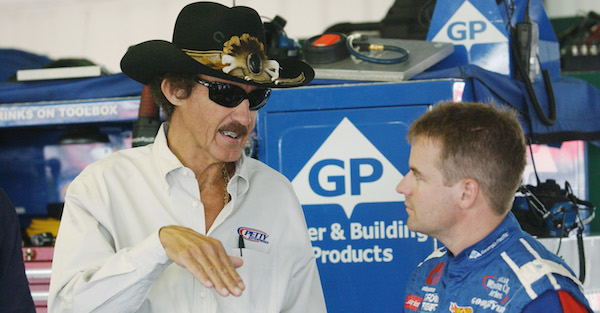 When Dale Earnhardt Jr. missed a large part of the 2016 season after suffering a concussion, it highlighted how severe the threat of concussions are in NASCAR.

Any time a driver is involved in a crash, there’s a risk of them sustaining a head injury. Earnhardt is retiring in part because of the concussions he’s sustained in his career. The long term effects are concussions are scary, and former NASCAR driver Jerry Nadeau is a testament to that.

Nadeau was involved in a crash in 2003 at Richmond where he slammed into the wall during practice. He never raced again, and he’s still suffering from symptoms related to that concussion.

Nadeau, 48, told the Daytona Beach News-Journal that the entire left side of his body is numb, though most people wouldn’t realize he was struggling.

“If your leg falls asleep, you know that feeling,” Nadeau said. “My whole left side tingles, 24 hours a day, seven days a week. All the time. It’s like a million little mosquitoes are biting you. All the time.”

Related: Dale Jr. records a ‘Thank You’ to fans who made him ‘Most Popular Driver’ again

Nadeau spent 20 days in a coma and 25 days in a Richmond hospital following the crash. He suffered multiple broken bones and a collapsed lung to go along with the concussion.

But the broken bones didn’t impact him long term like the concussion. He said he’d rather break every bone in his body than have a concussion.

“I just wish I could unzip my body and have you get in it,” Nadeau said. “Walk around, walk to the park. It’s miserable. I feel like I weigh 10,000 pounds, every day. My left side … I feel like the ‘elephant man.’

“I’d rather break every bone in my body three times than to f— with this. That last wreck took everything out of me.”

Earnhardt’s concussion didn’t immediately end his racing career, but it certainly had an impact on him retiring so soon. It’s worth reading the entire story at the Daytona Beach News-Journal on concussions to see how much they’ve impacted the sport. Earnhardt has donated time and money to help treat concussions and for concussion research.

Concussion protocol has improved in the sport in recent years, which is a good sign for the treatment. They’re likely unavoidable since crashes are unavoidable, but safety measures for drivers can help prevent them or lessen the impact of head injuries in the future.