NASCAR driver makes history, and it’s nothing to be proud of 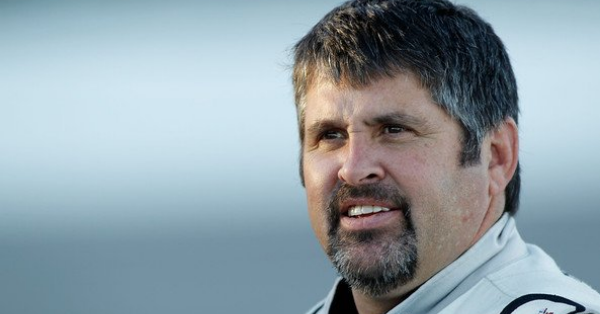 In 2000, race car driver Jeff Green was on top of the world. That year he won the NASCAR XFINITY SERIES championship by collecting six wins and 25 top-five finishes. However, a lot has changed in the last 17 years.

In fact, the only tracks currently on the XFINITY Series schedule where Green hasn’t finished last are Darlington and Michigan.

To commemorate this moment in NASCAR history, LASTCAR.info is actually selling #Last100 shirts that are complete with the phrase, “NASCAR Champion. LASTCAR Legend.”

You might think that Green would be offended by the shirt, but the folks at LASTCAR actually presented the 55-year-old driver with one of the tops recently and he took a picture with it.

If you’re interested in one of these shirts, they’re available via RedBubble.com.

He did it! Pick up your official @buckcentral10 #LAST100 shirt, in 1 of 2 designs! All profits go to @RSSRacing3993! https://t.co/Qqpf1bQHdp pic.twitter.com/o9YYr4suvc