Will Jeff Gordon Soon Be the Next Owner of Hendrick Motorsports? 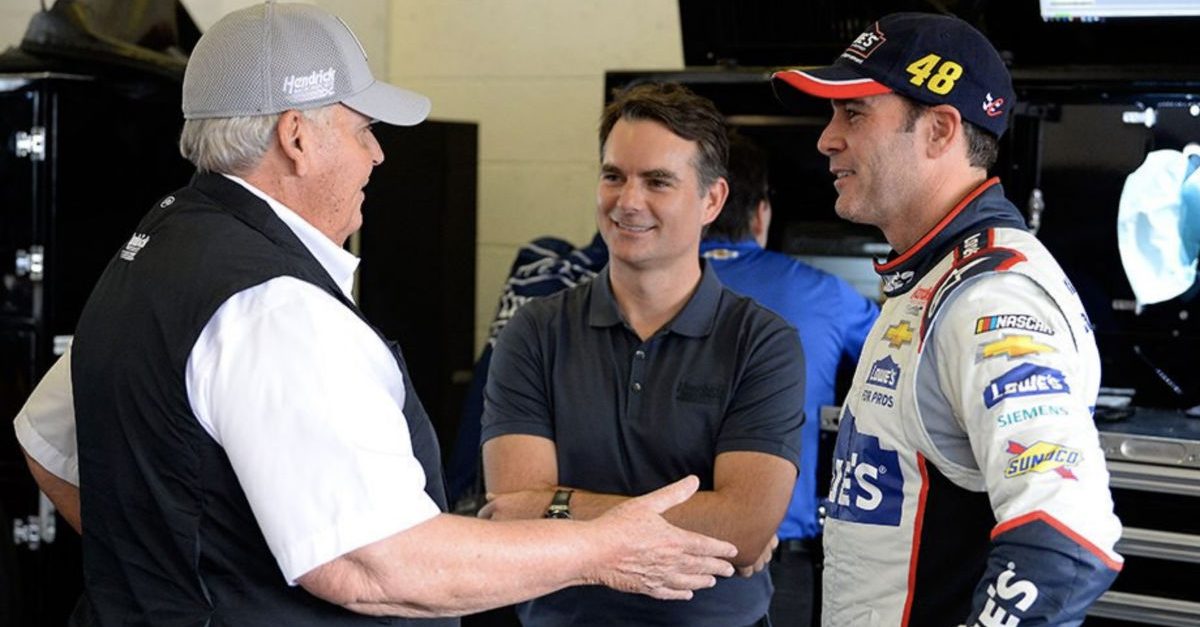 Jeff Gordon has had a long and successful career with Hendrick Motorsports. For 23 years, he drove the No. 24 Chevrolet for the North Carolina-based racing team, and during that time, won four NASCAR Cup Series championships, three Daytona 500s, and a grand total of 93 races. Along with team owner Rick Hendrick, Gordon also co-owns the No. 48 team of seven-time champion Jimmie Johnson.

So, when it comes to the prospect of Gordon eventually running the show at Hendrick Motorsports, the writing’s pretty much on the wall.

“I can tell you how long those conversations have been going on and it’s a long time,” Gordon told reporters right before his induction into the National Motorsports Press Association Hall of Fame the night of January 27. “I would love to be in that position one day.”

“I have so much respect for the organization in being not just an equity owner, but for what they’ve done for me, what that organization has done for my career,” added Gordon, who will officially be inducted into the NASCAR Hall of Fame Class of 2019 on February 1. “I feel like I owe that back to them to be respectful and try to give all I can back to continue to see it be successful, even when I stepped away. I knew one day when I stepped away that I would play a larger role.”

Now, considering that the 69-year-old Hendrick is still extremely committed to maintaining his hands-on involvement with his racing team, Gordon won’t be making the transition to owner anytime soon. Thankfully, he still has a broadcasting gig at FOX Sports to keep him busy.

“Of course, in those three years with FOX, more and more of those conversations started happening with Rick,” Gordon said. “I just told him, ‘Rick, I’m really liking TV and I don’t think you’re quite ready and I don’t know if I’m quite ready to move into that role, so I’m probably going to sign an extension or new contract with FOX to keep doing that.'”

If, and when, it does come time for Gordon to take hold of the Hendrick Motorsports’ reins, the future NASCAR Hall of Famer should be more than ready for the challenge.

“As I say that, that would be the first time other than when my parents made me sweep floors and run the machine shop when I was a kid during summers where I actually had a real job.”

“Running a race team or being in that role on a race team, that is a real job. That role Rick would have to put me in is one I would have to work at really, really hard. I hope one day when that time comes, I would be ready to do that.”