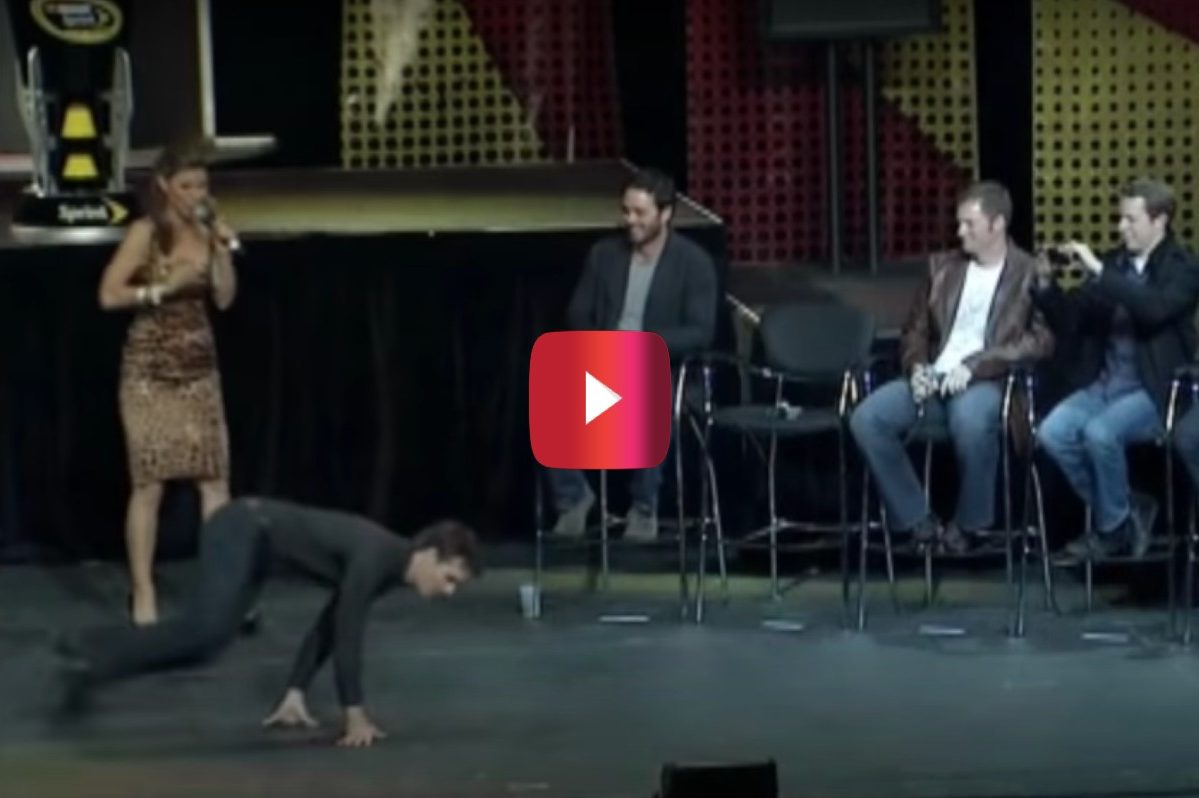 You never really know what other talents these NASCAR drivers are hiding. Most of the time, we only really get to see their skill on the track, but you’d be surprised by what else they can do.

Jeff Gordon getting peer pressured to start breakdancing during a 2011 Q&A session in Las Vegas is a perfect example of this. It’s also pretty hilarious, so check it out.

When the question was thrown out asking if any of the drivers were able to dance, Jeff Gordon’s name was quick to get brought up. Right off the bat, Gordon does not exactly seem thrilled about the idea of dancing on the stage, but he claims to have dabbled in breakdancing back when he was much younger. Hell, even when $100 was thrown on the ground, he didn’t bite. He attempted to say he was too old and that it had been too long to remember anything, but the audience wasn’t buying it. They wanted to see some dance moves.

There’s serious power in numbers. I say that because the crowd’s cheering is eventually what motivated Gordon to finally get up and bust a move. You have to respect the guy for wanting to appease the fans. I’ll admit, his breakdancing was actually pretty good. He may have been getting a little bit older, but he surely appeared to be just as nimble as he once was in the earlier years.

Although Gordon seemed convinced that his little breakdancing session wouldn’t happen, I’m pretty happy that he eventually caved, because this was undeniably a memorable moment that’s still gold to look back on even today. It’s nearly impossible to dislike Jeff Gordon. From his talent on the track to his professionalism in the broadcast booth to his genuine personality, he’s got a tremendous amount of fans behind him. I’d say he gained a few more on this day in particular.