Playoff driver says he sees the end of the road approaching 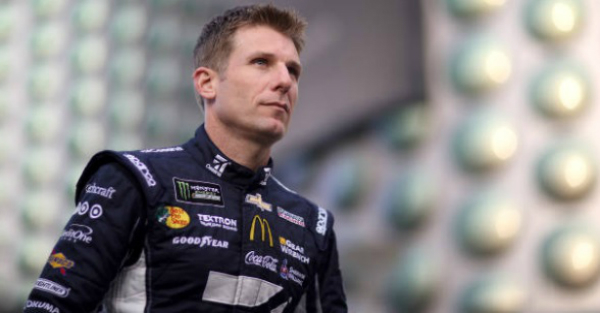 Jamie McMurray has been racing for more than a decade and a half in the NASCAR Monster Energy Cup Series and has recently revealed his plans for the future.

McMurray said he plans to race at least four more years, but possibly more, according to NASCAR.com. Recently during Champion’s Week in Las Vegas he shared not only his future plans, but the direction he sees the sport heading.

“My goal is to be able to race for four more years, maybe a little bit more,? McMurray said. “At this point, you know that your days are somewhat numbered.”

“But I don?t know,” added McMurray. “At the same time, (the youth movement) is a part of our sport.”

RELATED: Here?s what NASCAR drivers do when they can?t get enough competition

With 15 plus years experience, McMurray is able to sit back and see things some of the younger guys do and get a kick out of it, because he doesn’t have the same reaction as them anymore. He says it’s something that comes with age and experience.

“When I listen to the race replays of the radio between the drivers and things they say, I get a kick out of the younger guys, McMurray said. “They explode on the radio, right, and they?re just so mad at things that happen.”

“And I just laugh because I don?t get mad like that anymore,” McMurray added.