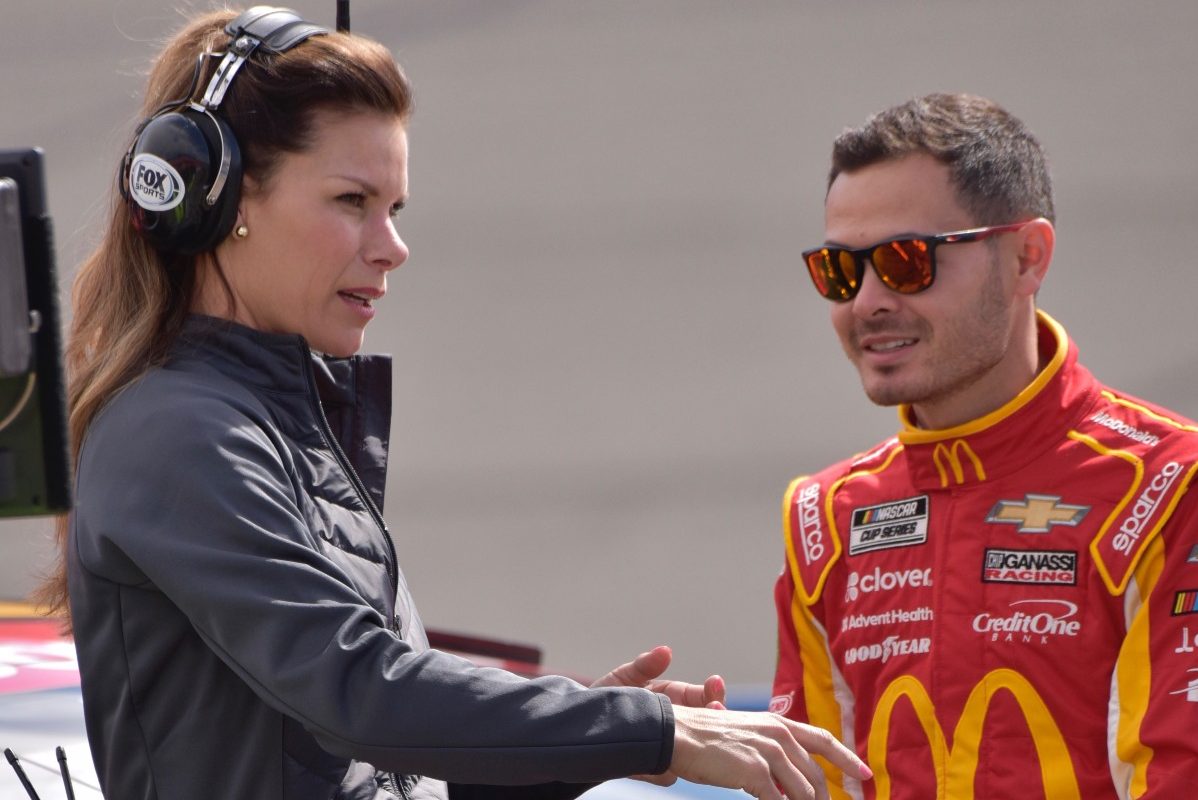 Back in November, it was announced that longtime reporter Jamie Little would be the play-by-play announcer for the ARCA Menards Series in 2021. This is a pretty big deal, considering she’s the first woman in national racing series history to call play-by-play on TV.

If there were ever the right woman for the job, there’s no doubt that it’s Jamie Little. She’s been a pit reporter and has covered NASCAR and other racing events for nearly two decades. She’s extremely good at what she does, and diehard racing fans should probably be very familiar with Jamie’s work, since she shows up on the screen quite often.

However, if you don’t know much about what Little has done to work her way to this point, let’s take a look at that below.

Following her graduation from college, Little got a job with ESPN, where she spent time behind the camera. After feeling that she was capable of more, she asked her boss to give her a shot in front of the camera, instead. They decided to give her a chance, making her a sports reporter for the Winter X Games and Summer X Games. She didn’t let the suits down, and this marked the major start that she needed.

Working for Fox Sports’ SPEED network, Little was involved in a wide variety of motorsports series in the years that followed. These series included NASCAR, IndyCar Series, X Games, motocross, and supercross. Through her first 13 years, she worked for ESPN, ABC, SPEED, NBC, and TNN. Little was a natural at her job, and she gained tons of experience rather quickly, successfully expanding her career as a broadcaster.

Jamie is no stranger to breaking down barriers in pretty much all of the racing avenues that she’s been involved with. She was one of the first female reporters in X Games history, while her live national broadcasting debut at Daytona Supercross marked the first time a female would cover the action. Additionally, she became the first female pit reporter for the Indianapolis 500 in 2004, and for the Daytona 500 in 2015.

2015 was a big year for Jamie, as she joined on with Fox NASCAR to cover pit road. Her pit reporting duties covered the NASCAR Cup Series and the NASCAR Xfinity Series. She was a reporter for the Fox Sports Pre-race show and also helped with NASCAR RaceDay. Her duties extended even further than just being a NASCAR pit reporter, though. Jamie also did pit reporting for the 2017 Rolex 24 and numerous supercross events, on top of serving as a co-host on FS1’s NASCAR Race Hub. She also covered the MotoGP World Championship and the Red Bull Indianapolis Grand Prix.

Calling Jamie Little “versatile” is pretty much an understatement. If you give her a motorsports event, she’ll be the best reporter you can have there. Today, she’s still an excellent broadcaster, and she clearly has no plans of slowing up anytime soon, considering her 2021 plans.

Little grew up in South Lake Tahoe, California. She attended San Diego State University, where she earned a journalism degree. Over the years, she has spent a good portion of time in Las Vegas, but she currently lives in Indianapolis. Jamie is married to Cody Selman, and together they have two children, Carter and Sierra.

On top of her busy career, she spends a lot of her free time doing animal rescue work. She was a big-time volunteer during her time in Vegas at the Animal Foundation, which happens to be the largest animal rescue in Nevada, and, eventually, went on to be the spokeswoman. In 2016, she created a calendar named “Las Vegas to the Rescue,” in which numerous celebrities posed with puppies to promote adoption.

That’s not all, though. Jamie is also very much into charity. She served on the Board of Trustees for the Las Vegas chapter of Speedway Children?s Charities for a couple years while living in Vegas. In 2016, she was rewarded with the annual Vegas Gives Award, which recognized her charity work.

Jamie Little is clearly the top-dog reporter in the field. It’s no surprise that she got her impressive new play-by-play announcing gig. She’s worked extremely hard throughout the years, and I couldn’t think of a person more deserving of that spot than her.