NASCAR Hall of Famer, after terrible wreck, is on the road to recovery 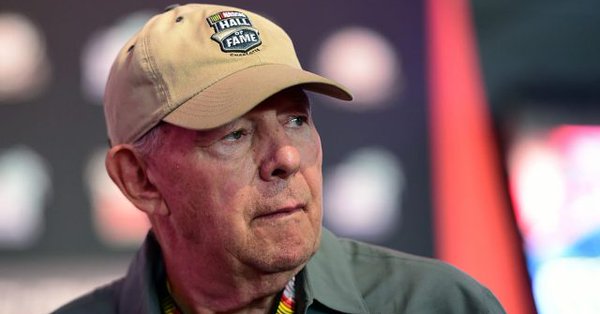 Back in December, NASCAR Hall of Famer Jack Ingram was involved in a horrific wreck near his home in Ashville, N.C., in which he suffered a concussion, broken ribs, and a puncture wound.

Now, it looks like Ingram is well on his way to recovery. His family announced, on the CaringBridge website, that Ingram has been released from a rehabilitation facility and is now at home, resting comfortably. Here’s the full post:

Everyone: The day we have been waiting for has arrived. Jack was released from Care Partners Rehabilitation Facility in Asheville, NC earlier today. He is now resting comfortably at home with Aline and family, getting used to be back in the comfort of his own home and has ordered ‘Aline’s Spaghetti’ for dinner.

His recovery will continue with some outpatient therapies, but it’s safe to say that Jack is back in the ‘game’. While he is excited to jump RIGHT back into life where he left off with his very busy social calendar, we’re encouraging him to slowly EASE back into everything, for his own health and his family’s peace of mind. Nevertheless, as we find balance with his eagerness to be on the go, already, we are ecstatic beyond words at his recovery and health.

Thank you all, once again, for your walk through this journey with us. Your words, encouragement, prayers, positive thoughts and kindness have meant the world to us all, including Jack.

Ingram was first hospitalized and then send to an  acute care facility. While there, he celebrated his 81st birthday, which was Dec. 28.

During his racing career, Ingram won 31 races in what now is the XFINITY Series and also earned the point championships in 1982 and 1985. When he retired in 1991, he had the record in the XFINITY Series for most career victories. However, he has since been passed by the likes of Brad Keselowski, Carl Edwards, Kevin Harvick, Mark Martin, and Kyle Busch.

Ingram was inducted into the NASCAR Hall of Fame in 2014.