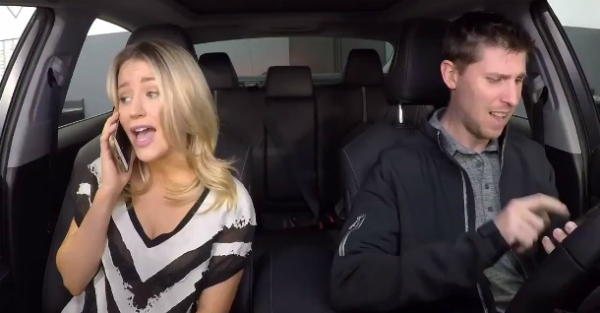 We recently caught a glimpse of Kyle and Samantha Busch in a lip-sync video that was wildly entertaining to say the least.

But apparently they weren’t the only ones that got in on the action. We now know that the crew over at Joe Gibbs Racing all took part in the action. Well nearly everyone; there’s no sign of Mr. Gibbs in the video.

The #LipSyncBattle is on at JGR!

Which group was your favorite? #NASCAR pic.twitter.com/Da7k3qs9Zv

All of the drivers from the Cup Series and Xfinity Series managed to get in on the action, including Kyle Busch, Denny Hamlin, Erik Jones, Daniel Suarez, and Christopher Bell. But they weren’t the only ones having fun. Samantha Busch, Jordan Fair (Hamlin’s girlfriend), front office employees, as well as crew members let it all hang out.

RELATED: Kyle Busch shows he has some serious moves off the track

The eclectic mix included Fitz and the Tantrums with Handclap, DJ Jazzy Jeff and the Fresh Prince with the theme song to The Fresh Prince of Bel Air, 4 Non Blondes What’s Up, New Kids on the Block Step by Step, and many more.

All of the participants were filmed inside, of all things, a Toyota Camry, which also happens to be the manufacturer of Joe Gibbs Racing’s vehicles in NASCAR.

After catching a glimpse of the rest of the team, our vote stays with Kyle and Samantha, but Hamlin and Fish are a real close second.