Team Penske wins a title, and its driver isn’t happy at all 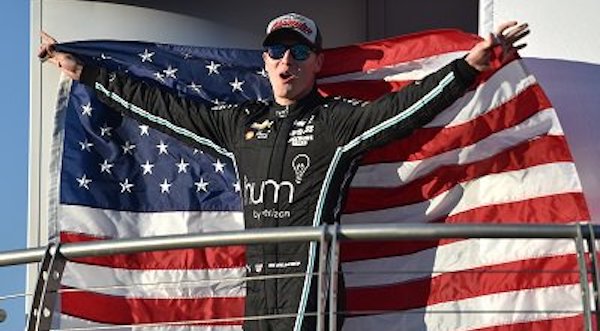 Josef Newgarden isn’t happy with simply being crowned an IndyCar champion; he’s a little miffed over not wrangling the actual victory at Sonoma. Again, he did not lose; he just failed to be the one to close the final win. Kind of understandable, but then again . . .

Turns out the frustration stems more from the grueling nature of the race than any sort of ego. Newgarden said,

“This is probably the most gruelling race you’ll run every year just because of the tyre degradation and the way this track drives. It is the most difficult race that you will put together; physically, mentally, it’s draining. So when you feel like you’ve done everything to win the race and you don’t win it, it’s very annoying as a racer. So I hated that”

Penske president Tim Cindric was able to talk the racer down, pointing out that the victory was the result of a team effort, and that the fate of the race wasn’t solely resting on Newgarden’s shoulders.

It’s understandable that not finishing first in a grueling race would inspire some resentment. It’s unclear if anyone could really fault him for his frustrations, but at least he walked away with a win.