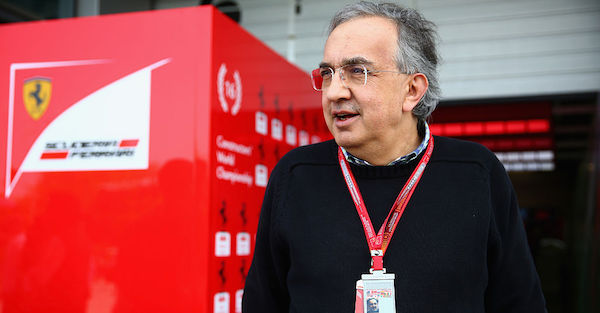 Sergio Marchionne is raising a lot of eyebrows lately.

The Ferrari CEO has threatened to leave Formula 1 because he doesn?t like the proposed engine changes F1 owner Liberty Media wants to implement. And now, according to racer.com, Marchionne, who is also CEO of Fiat Chrysler, is hinting that he might like to see Alfa Romeo become part of IndyCar as a way to reintroduce American consumers to the Italian brand.

Marchionne made comments to Italian journalists at the North American International Auto Show in Detroit, suggesting that maybe the time was right for IndyCar to have a third engine supplier.

“Why not Alfa Romeo and IndyCar? We think about it,” Marchionne said.

Currently, only Honda and Chevy supply the engines for the IndyCar series. The last time there were three engine manufacturers was in 2012 when Lotus entered the picture, but they were never competitive and pulled out after one season.

IndyCar?s competition president Jay Frye says while he welcomes the conversation with Marchionne, nothing will happen soon.

“The entry point is 2020 or 2021,” Frye said. “Maybe it doesn’t feel like there’s a sense of urgency because there’s nothing coming right now for this season or next, but if a manufacturer came to us today and said they’re in, let’s do this, the earliest they’d be in the field is 2020. It takes time, so everything we’re discussing is a ways in the future.?