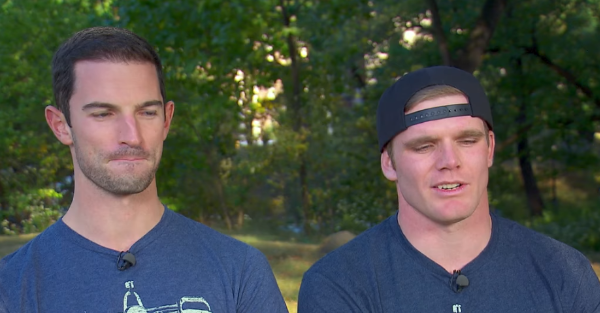 Alexander Rossi and Conor Daly both race Indycars, but revealed that they took part in a much different kind of race, CBS’s The Amazing Race to be exact.

The show’s 30th season will pit athletes and competitors from various fields against each other in a traveling race. They were the only Americans when they both went to Europe early in their careers, so they have experience navigating foreign countries together.

According to Racer.com Daly thought the race was a lot different than he was expecting, saying:

“It was a pretty crazy experience, definitely different than what I thought it would be – but totally worth it. It was fun to meet a lot of different people from different sports, different avenues of life. The cast really was one of the best parts of the show.”

Rossi apparently didn’t watch much of the show before competing and was surprised at his experiences as well.

“It was different in the sense that it’s not as fast-paced as it appears in the show,” He said. “It was better than I expected because, in the gaps between legs of the race, they actually put you in a hotel and fed you and everything. […] It was an interesting experience. Again, I’m very happy that I had the opportunity to do it. It opened my eyes to what reality television is like. I think the fans will have a really good time watching it.”

The show premiers on January 3rd.