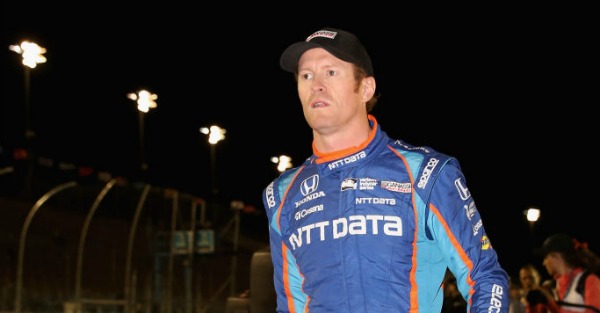 “No good deed goes unpunished” is a saying that fits Scott Dixon perfectly. After putting in a ton of hard work to win the pole in the upcoming Indianapolis 500, Dixon was robbed at gunpoint while at Taco Bell, according to The Big Lead.

A little late night Taco Bell run is beneath no one as Scott, his wife and fellow driver Dario Franchitti visited the local fast food joint around 10 p.m just a few hours after qualifying. They were robbed by two teenagers at gunpoint, but were fortunately left unharmed other than the scare. The two kids were later arrested.

Scott not only finished first in qualifying, but his average of 232 mph was good for the fastest time in 21 years.  Everyone is totally ok and Scott updated fans on Twitter about the crazy day.