Ice Racing Takes Motorsports to the Next Level 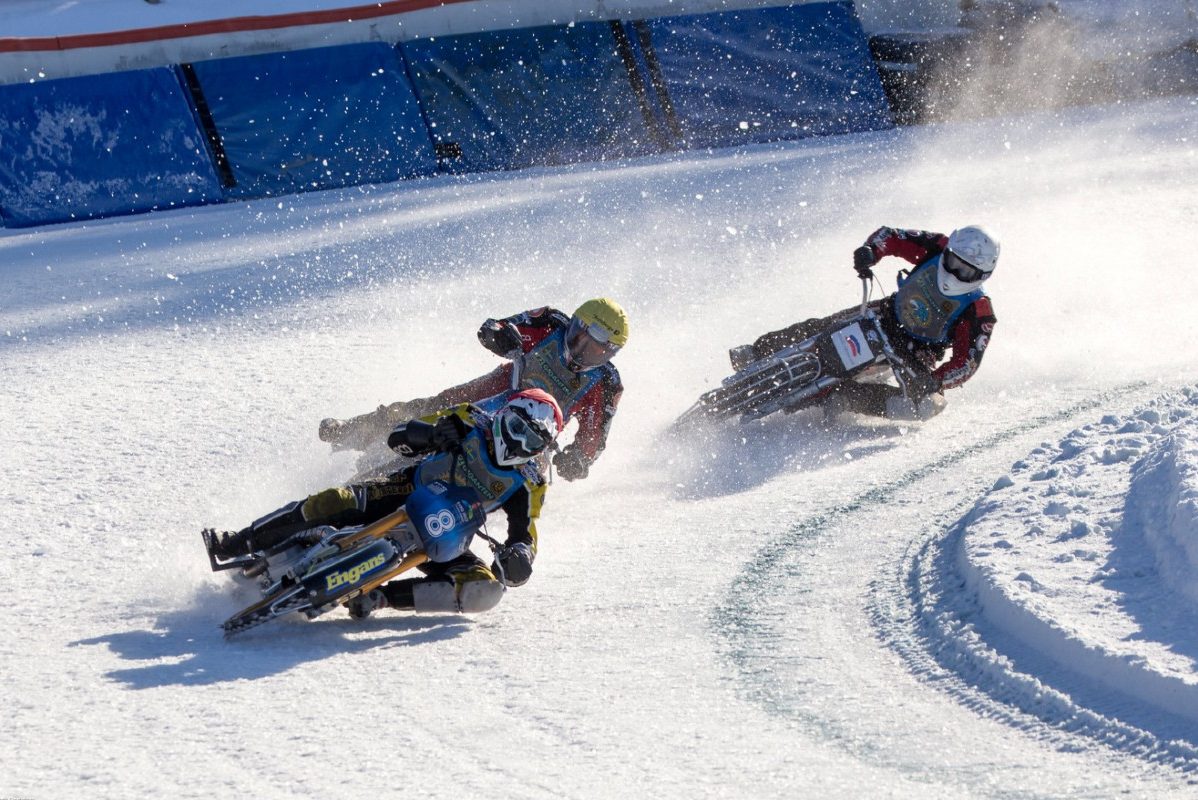 Let me introduce a truly underrated form of motorsports: ice racing. These events are mainly centered around the Northern United States, Canada, and Northern Europe, because it’s obviously beneficial to be around areas with frozen lakes and rivers that produce thicker, natural ice. Indoor ice racing events also exist, but it’s usually limited to smaller vehicles, like motorcycles or quads. Here’s why ice racing is so cool, though: Not only does it involve all different types of racing, like quarter miles, ovals, and circuit tracks, but it’s also much cheaper and easier to get involved with, compared to traditional motorsports.

How much more fun does it get than sliding your vehicle across the ice track, in an attempt to get that quickest time? It doesn’t matter if your vehicle is front, rear, or all-wheel drive, everything is accepted. Ice racing isn’t only for cars, it also includes motorcycles, snowmobiles, ATVs, and other powersports machines. You don’t need much to start, other than a set of winter tires. Let’s go into a little more detail about the thrills that can be had out on the ice.

Ice car racing has been a thing for quite some time, but it is largely known as more of a recreational hobby overall. There are no sanctioning bodies for ice racing, but there are some clubs in certain areas which are more focused on the sport. Whether you’re looking for drag racing or some action packed circuit racing, you can find it on the ice. Some dirt track racers will even find themselves on ice tracks during the winters to keep their skills sharp as they wait for the summer season to begin.

Because there are so many different types of cars that can race, categories for races usually are separated by the type of tire being run. It is extremely easy to get involved with the sport, though, and they encourage you to use your daily driver, since safety equipment is pretty minimal for the ones running rubber tires. Automotive ice racing has been most successful in France, with the Trophée Andros series, which includes television coverage of the insane racing events.

Motorcycle ice racing is a seriously challenging task. It will test your abilities, and your control of the bike. Common motorcycle tracks consist of a frozen oval, similar to a speedway. Divided into the studded or full rubber tire classes, the strategies for speed around the bends differ greatly for the two. If the motorcycle ice racers are running a full rubber tire, they’d race somewhat similar to dirt track riders. That would mean the rear tire is kicking out the whole time as they control the slide and power through the turns.

With a studded tire, however, the amount of traction and grip you get is insane. Because of that, the racers will get as much lean angle as they can while going around the turns. They lean the bike over so much that the handlebars are nearly scraping the ground!

Oh yeah, another thing, these bikes don’t have brakes. If you think realistically, you might wonder about the danger involved with this kind of racing. I mean, you’ve got guys that are doing up to 80 MPH side-by-side with other bikes, and the tires have numerous and massive sharp studs in them that will tear anything up that they touch. Well, safety was considered, as all bikes running studded tires must also have a metal guard over the tire, which extends almost all the way to the ground.

If you’ve been looking for a new way to have some fun during the winter seasons, I think you’ve found your answer. With minimal barriers to entry, it’s an awesome way to have a blast racing in your car or motorcycle for relatively cheap. Did I mention these guys can get through an entire racing season on one set of tires? Yeah, that’s pretty affordable.

The ice adds real challenges to racing and will make apparent just how good of a driver you actually are. If you’re in the North, check out the areas local to you and see if you can manage to get involved!

If you’re racing with normal rubber tires, you’ll likely just use some standard snow tires. Traction will be extremely limited, but it makes for a really fun time sliding around on the ice. Most of the time, the people who are out there just to have some fun with their cars will be running these tires, but there are multiple competitive events that do this as well.

For the ones who are looking for serious speed in ice racing, they’ll be running the studded tires. They consist of a winter tire that has had potentially hundreds of razor sharp metal studs added to them. The studs allow the vehicle to grab some unbelievable traction during racing.

Because of the speed that is achievable with these types of tires, it’s pretty common to see a higher standard for safety, like mandatory roll cages and other safety equipment. Generally, lengths and types of studs are regulated to preserve the ice track.