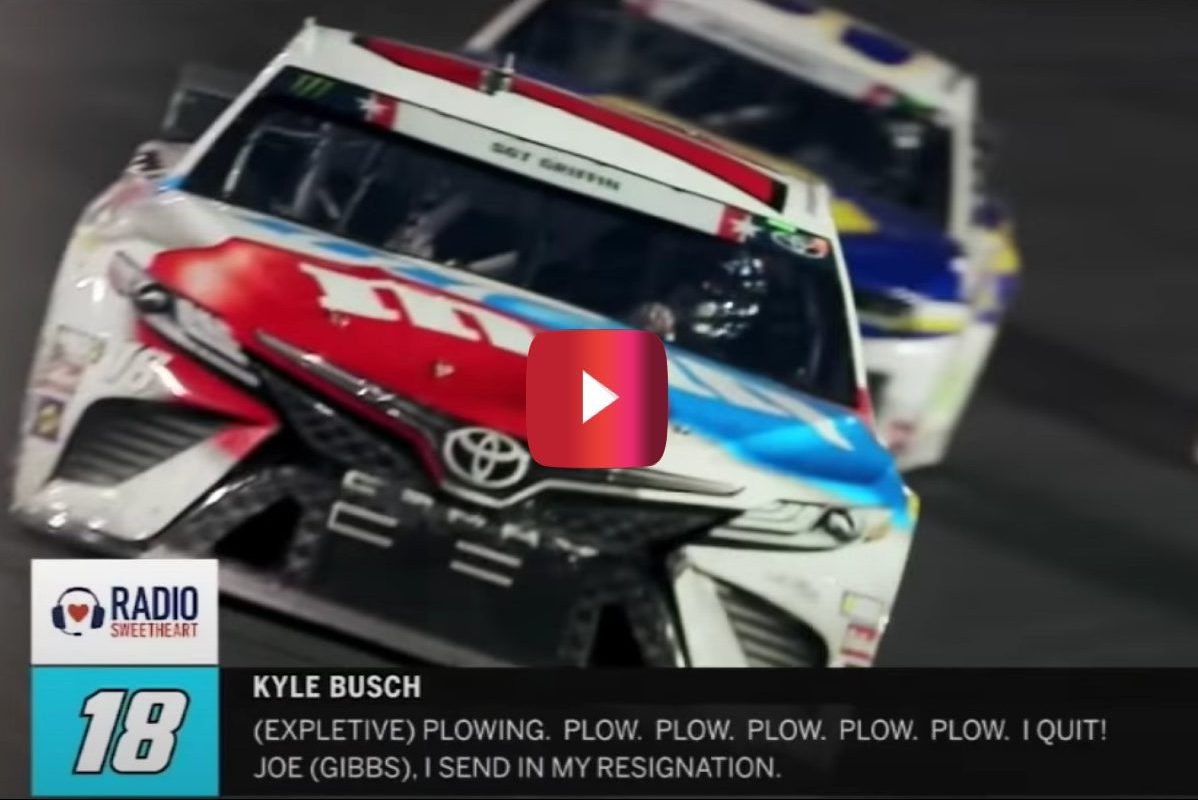 Though he didn’t end up winning the championship in 2018, Kyle Busch saw his fair share of victory lane that year, with one of his wins being at Charlotte Motor Speedway’s Coca-Cola 600. While Busch was hoping to race his way to a repeat in North Carolina in 2019, the NASCAR gods had other things in mind for him. When it was all said and done, Rowdy placed third at the Coke 600, finishing behind winner Martin Truex Jr. and second-place finisher Joey Logano.

As you’re probably well aware of by now, Busch is renowned for his on-the-track outbursts, especially when things don’t go his way. In fact, heading into the Memorial Day weekend race in Charlotte, he was fresh off an all-time blow-up at the All-Star Race the week prior.

That time, he consistently exploded on his team after a series of problems throughout the race. This time around, Busch took a much more dramatic approach. Following struggles during the race’s final stage, he threatened to straight-up quit as the driver of the No. 18 Toyota Camry for Joe Gibbs Racing.

Tony Hirschman, spotter: May have nicked the wall entry to [Turn] 1.

Obviously, Busch wasn’t being serious here, but his desperation over the radio was more apparent than it typically is during a race. His dust-up with Ricky Stenhouse Jr. early on in the race and his damage-causing run-in with his brother, Kurt Busch, in the final stage probably didn’t help things at all.

Once he had some time to cool off after the race though, Busch was much more calm and collected.

?We were just a little bit off, just not quite as good as the 19 [Martin Truex Jr.],? Busch said, according to Racer. ?The 19 was really, really fast. They were the best car; they drove all the way up to the lead and were really fast. We had the 4 [Kevin Harvick] early, the 19 there, the 2 [Brad Keselowski] was pretty fast, so there was some guys out there that I felt like we were right around and could contend for a win, but the 19 was just going to have all of us. So, overall, solid day coming home third.?

As mentioned before, outbursts over the team radio are pretty commonplace for Kyle Busch, so we wonder when his next frustrated moment will be. We’ll sure it’ll be another classic sound bite.