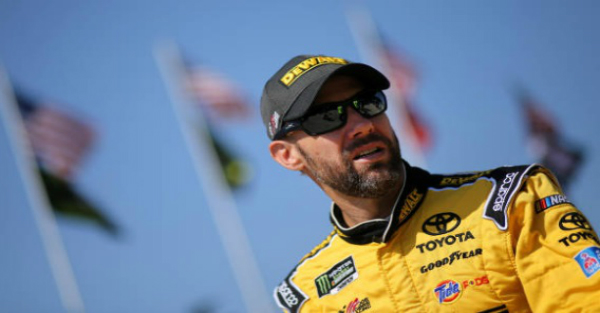 The season finale at Homestead saw what Matt Kenseth has said is his final race.

But, there are some that feel the sport hasn’t seen the last of Kenseth, and that he might be back for the 2018 season. The 2003 Cup Series champion has said he’s ready to walk away from the sport,

“I thought of maybe being involved and doing different things (after driving), especially at JGR,” Kenseth once said. “The talk over the years was that we want you to stay involved and be part of the company, but through the years that stuff has changed for a number of reasons. At this point, I can’t envision myself being back at the race track. You never know what can change.”

But Kenseth has now taken another step toward walking away, even if it’s a step off the track.

RELATED: Two more NASCAR analysts believe there could be a massive shakeup involving the No. 41

Kenseth’s Lake Norman, NC home just sold for $2,075,000. The home was one of many in Mooreville, NC, on Lake Norman owned by NASCAR drivers — hence its nickname “NASCAR lake”. Other notable drivers with homes in the area are Dale Earnhardt Jr., Jeff Gordon, Brad Keselowski, Kurt Busch, Kyle Busch, and nearly the entire NASCAR field.

The home was originally listed for in 2014 for $2.8 million, according to racingnews.co. It was later taken off the market and relisted in 2016 $2.6 million, only to drop in price a few months later to $2.4 million. Ultimately the price was lowered to $2.2 million in August, before eventually being brought down to the final selling price of $2,075,000.

The stunning European-style, lake-side home amassed 7,600 square-feet spread across three floors. It has five bedrooms, nine bathrooms, a swimming pool, and a four car garage, according to realtor.com

Now that his home has sold, Kenseth has one less thing to worry about and can focus on his future.