In a stunner, NASCAR’s most highly anticipated race might be a TV ratings disaster 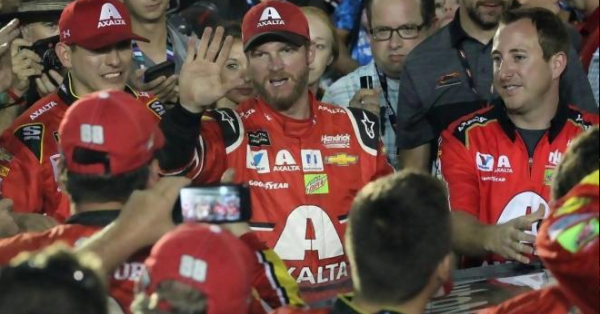 This is really, really surprising.

Homestead had so many story lines you would have thought it would have a TV ratings bonanza. Two drivers that can’t stand each other — Kyle Busch and Brad Keselowski — were in the Championship 4.  Martin Truex Jr. and Furniture Row Racing, battling a year of adversity, were also driving for a title.

Oh yeah. It was also Dale Earnhardt Jr. and Matt Kenseth’s last race, and it was the next to last race for Danica Patrick, who announced her retirement just days before the race. The race was on NBC and wasn’t even up against compelling competition.

None of that seemed to register. Adam Stern of the Sports Business Journal reports that preliminary overnight ratings show Homestead earned a 2.7 rating, well down from a 3.3 last year.

If these numbers hold — and we’ll know more this week — it’s a continuation of a bad year of TV ratings and bodes very badly for a spot that’s losing three of biggest names this season (adding Matt Kenseth in there). You would think  that with so many excellent story lines, NASCAR would at least match the audience from a year ago.