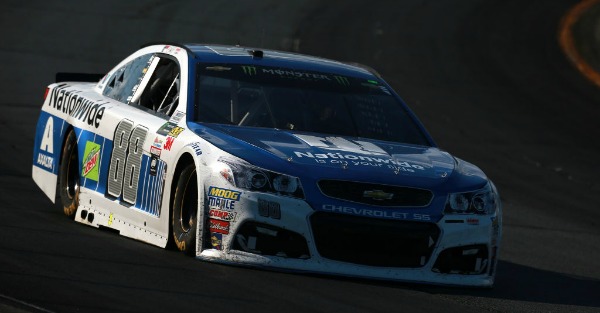 Dale Earnhardt Jr. is retiring after the 2017 season, and his No. 88 car will be needing a new driver. Hendrick Motorsports announced that Alex Bowman will be that driver and pilot the no. 88 car next season.

Plenty of handshakes and smiles for @AlexBRacing this morning in the shop. 😁 pic.twitter.com/5Xghinej4P

Bowman filled in for Earnhardt during the 2016 season when Junior was out with concussions and has competed in the Monster Energy NASCAR Cup Series and the XFINITY Series since 2013. He hasn?t registered any victories, but he has a combined four poles and 16 top-10 finishes.

Everyone has had an opinion on who should take over for the legend and speculation was rampant ever since Junior announced in April that he would retire, but it looks like Jimmie Johnson was right on the money with his prediction.

Related: Jimmie Johnson said this driver should take over the No. 88 car next season

Even before the announcement, Johnson went on record to endorse Bowman as a great choice for Richard Hendrick Motorsports.

?How he came in and stepped in seamlessly, he was really impressive for me,? Johnson said. ?He handled the pressure. Won a pole. Was up there duking it out for some race wins. ? He had a heated moment or two with some of the veterans and wasn?t rattled.”

Johnson said Bowman did an ?amazing job,? and he believes Bowman would be a great fit for the No. 88 car.

In a Hendrick Motorsports release, Bowman had this to say about the opportunity to follow a legend:

?Ever since I was a kid, racing is all I?ve wanted to do. I?ve had so many people believe in me along the way. My family has sacrificed a lot and always been behind me. I would never have this chance without the support of Dale and everyone involved with the No. 88 team. To be part of Hendrick Motorsports and for Mr. Hendrick to have this confidence in me, it?s just amazing.”

?The No. 88 team is such a great group of people. I know we can pick up where we left off last year, and I truly believe we can win races and contend for a championship. I?m excited to build on the relationship with Nationwide and all of our partners. It means the world that they have faith in me, and I?m thankful to have them on my side. Now I just want to go win.?