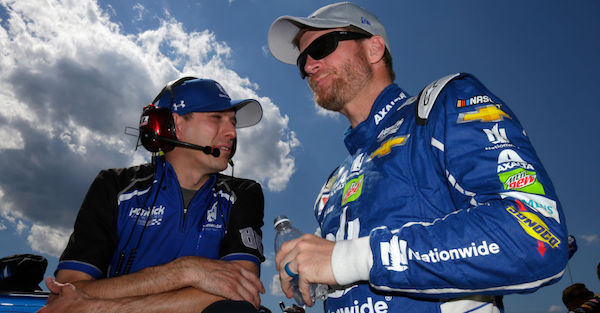 This has been a lost season for Dale Earnhardt Jr.

He should have had more, gone out on a higher note. Coming into his final season — and coming back from a concussion that ruined his 2017 campaign — the 42-year-old driver of the No. 88 for Hendrick Motorsports is in grave danger of missing the NASCAR playoffs.

The disappointing showing has lead his crew chief, Greg Ives, to call his season frustrating.

“It’s not fun,” Ives said via ESPN. “It’s frustrating when you’re going to these race tracks the last time for Dale and, for whatever reason, not performing well or having parts break or accidents. That’s definitely not the way you want to send off your last race, your last part of the season.”

Ives and Earnhardt have each other’s back, as evident by Junior’s recent pointed and profane defense of his crew chief.

Ives, however, said there’s only one thing he and the team will remember this season.