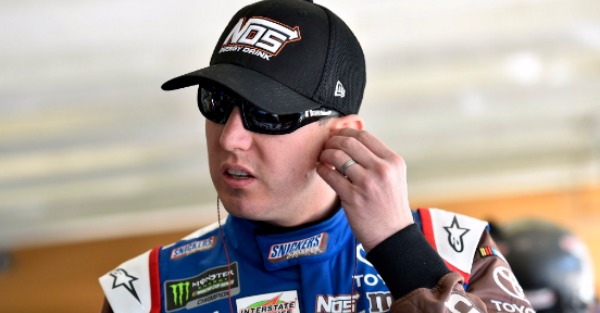 Goodyear addressed Kyle Busch’s criticisms by saying a flat tire didn?t cause his wreck at Daytona, directly contradicting the driver’s account of the wreck.

Stu Grant, the general manager of Goodyear Worldwide, said video evidence shows all  four of the tires on Busch?s No. 18 Toyota were up when the car began to spin, according to  Fox Sports.

Busch ripped Goodyear after the wreck when he said, ?You know obviously Goodyear tires just aren?t very good at holding air. It?s very frustrating when we have that down here every single year we?ve been here. Last year we had it as well too. It wrecked us in practice and tore up a car ? a few cars actually were in that as well.?

Busch has been critical of Goodyear in the past. After he wrecked during a practice session for the Coke Zero 400, he said, ?Yeah, it doesn?t give you any confidence whatsoever in Goodyear?s ability to make a tire that?s worthwhile to go out there and race on. So I guess we?ll just suffer through it and hope for the best.?

Goodyear met with Busch and his team Sunday morning, and took a far different tone, saying both sides had a good discussion.

Grant theorized the tire issue was a result of debris on the track.

Related: Kyle Busch calls out supplier after being knocked out of the Daytona 500