Wanted: Hard worker, must be able to lift heavy weight, not be afraid of catching fire 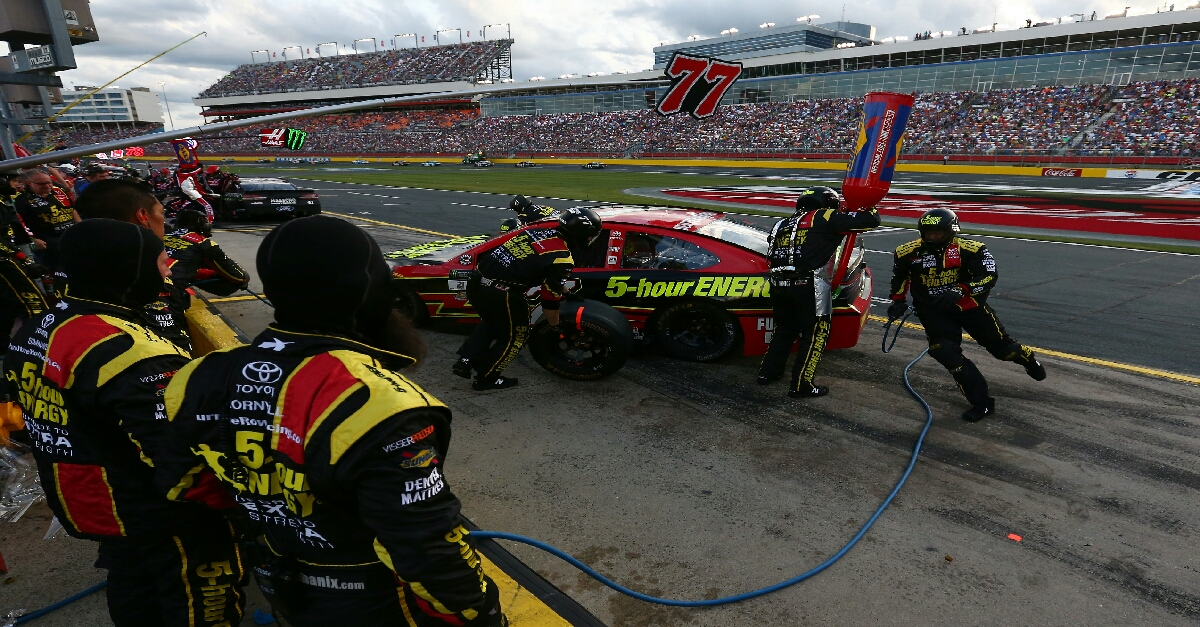 When you look up the definition of gasman in the dictionary, what Matt Hewtyrrell does isn’t even on the list. If it was, it might read something like this:

Gasman:  one who runs towards a speeding car in order to fill it with highly flammable gas as soon as it stops. Oh, and do it in under 15 seconds, oh, and not catch fire or get run over.

Hewtyrrell was profiled by USA Today for the dangerous job he has for NASCAR driver Erik Jones.

?If you?re worried about catching on fire, you?re not doing your job,? he told USA Today Saturday at Richmond Raceway before the Federated Auto Parts 400.

There’s immense pressure on the entire team to make pit stops as fast and productive as possible. Races are often won or lost based on how well the team performs. Carrying a 95-pound gas can on his shoulder, Hewtyrrell has a tougher job than most.

?You?re always nervous about getting the car full and making sure you get all the gas in there that you can,? he said. ?It doesn?t stop in the same place every time, so you have to be able to read the car that?s coming down pit road anywhere from 35 to 55 miles per hour and be able to judge where it?s going to stop within a tenth of a second.?

Oh, and not catch fire. Think about that the next time you’re at your local gas station and complaining that the pump is running too slow. At least you don’t have to wear fireproof underwear to do it.