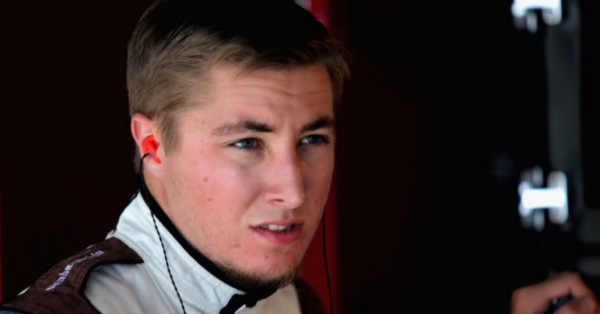 JD Motorsports has its roster full.

Garrett Smithley will return to drive the No. 0 Chevrolet Camaro, the team announced in a news release. He’ll join Ross Chastain,  Ross Vinnie Miller and Matt Mills as drivers.

This will be Smithley’s third season with the team.

?I?m so excited to be back with JD Motorsports with Gary Keller this season,? Smithley said. ?We?ve had two very successful seasons together and to be given the opportunity to continue to build on that is something I do not take for granted.?

GAFFNEY, S.C. (February  7, 2018) ? JD Motorsports with Gary Keller announced today that Garrett Smithley will return to the organization to pilot the No. 0 Chevrolet Camaro full time in the NASCAR Xfinity Series (NXS) this season. 2018 will mark the 25-year-old Ligonier, Pa., native?s third season with team.

Smithley, who has coined the phrase ?Number Nuthin? when referring to his car number, will join longtime teammate Ross Chastain, and new comers Vinnie Miller and Matt Mills, completing the team?s driver roster. Smithley, along with the rest of the NXS field, will kick off the season on Saturday, February 17thwith the Powershares QQQ 300 at Daytona International Speedway. In last year?s event, he finished 8th after getting caught up in an early wreck and his team repairing the damage using his sponsor?s product, Flex Tape.

?I?m so excited to be back with JD Motorsports with Gary Keller this season,? Smithley said. ?We?ve had two very successful seasons together and to be given the opportunity to continue to build on that is something I do not take for granted.?

?I?m very happy to have Garrett back in the No. 0 Chevy again this season,? said team owner, Johnny Davis. ?Garrett has a lot of talent as a driver, and he has the right attitude for working with his team, his crew chief, and the team?s sponsors. This will be JD Motorsports? best season yet, and having Garrett behind the wheel will play a key part in that.?

?Each and every year JD Motorsports with Gary Keller grows and improves,? Smithley continued. ?This off season has been an extremely strong one for this organization, and I knew that if the opportunity presented itself to return, I wouldn?t pass it up. I can?t thank Johnny Davis and Gary Keller enough for the opportunities they have given me and this entire team for all that they do. We?re a family, and we?re in this together. It will be awesome to work with Ross once again, as well as Vinnie and Matt this season.?

Also returning will be Federation for Advanced Manufacturing Education, better known as FAME. FAME is a partnership of regional manufacturers whose purpose is to implement dual track, apprenticeship-style training that will create a pipeline of highly skilled workers. The primary method to achieve this goal is through partnerships with local educational institutions to offer the Advanced Manufacturing Technician Program (AMT).