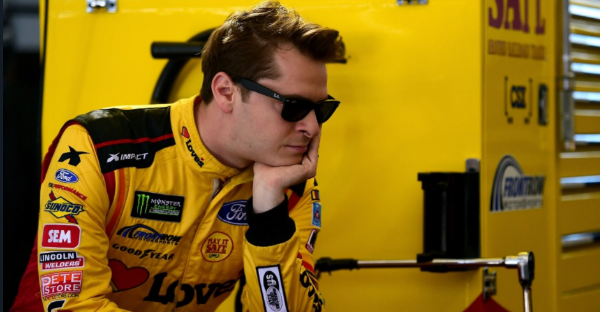 Front Row Motorsports dropped a bomb when it said it would was looking at “radical changes” and then dumped promising young driver Landon Cassill from the No. 34.

Now, we’re getting the first hint of what one of those changes could be.

The Sports Business Journal and others are reporting that FRM may be considering a manufacturer change and move to Toyota while leaving Ford.

From a competition standpoint, FRM is a smaller team and most likely behind Stewart-Haas Racing, Penske, Roush and Richard Petty Motorsports in the battle for attention. And, with all the talk about Toyota being so dominant this season, maybe FRM sees a way to push forward on the track.

Cassill seemed to take the news in stride, in this remark on Twitter:

Never said it would be easy https://t.co/SXOGFmU6Or

NASCAR reporter Jeff Gluck broke the news that FRM wouldn’t retain Cassill, and the team said this in a statement:

“We’re thankful for the last two years having Landon as a teammate and an ambassador for our sponsors, and we’ll keep working hard with him and the No. 34 team for the best possible results the remainder of the 2017 season.”

Cassill is reported to be surprised by the move but told  Gluck:

“I’m kind of excited to see what doors open up for me. I have a unique resume in this sport right now. I think my youth is what kind of helps stay plugged in on a social side and off-track side, and then I just have a tremendous amount of experience in the Cup Series — maybe not having the limelight of a top-notch team, but I’d like to work myself into one of those scenarios where I can showcase what I’ve learned.”

Cassill is now a free agent and will have to take his 253 Cup series starts and his social media proficiency to a new team next year.

Related: A Cup Series team may have its sights set on a major free agent driver