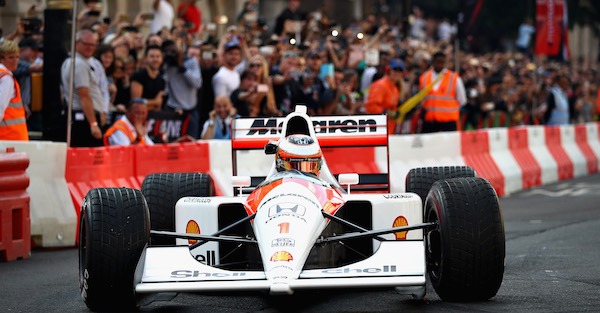 Formula One announced its new engine regulations that are set to begin in 2021, and the new package includes the same 1.6-liter V6 turbo hybrid, but the rev limit was increased and it eliminated the MGU-H.

Technical expert Craig Scarborough explained on Motorsport.tv’s “The Flying Lap” that he believes the new engine package will actually lead to regression for the sport.

“They’ve announced this new engine and that’s kind of good and bad in the regulations, but it does seem very muddled up,” Scarborough said. “We’re not quite sure which direction Formula One wants to go.”

Related: One of Formula 1?s top drivers says this is the best car in the sport this season

Scarborough said the good is that that Formula One has reduced costs and increased noise. But there is a downside to the new engines.

“The engine we’ve ended up with is a bit of a strange mix of high performance, cost-cutting, it’s almost regressive in my mind that we’ve now lost the MGU-H part of the hybrid system,” he said.

“So, effectively the rules are now going to allow you to run maybe as much as 20 percent more fuel simply to make the engine louder, which to me is a really bad message to send out.”

Scarborough did add that there is still plenty of conversation ongoing about the engines, and the good could easily outweigh the bad overall for the engine package.

It doesn’t debut for over three years, so time will tell if the package was a good idea or not. The last thing Formula One wants is to regress, so perhaps the engine package will be better overall than Scarborough anticipates.