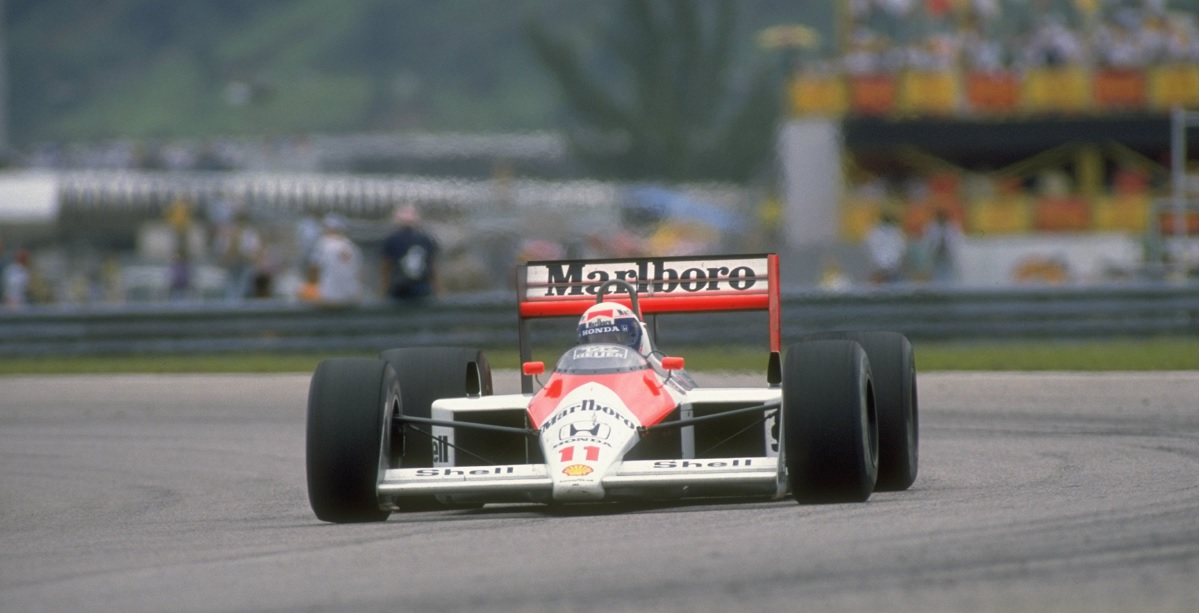 Few race teams can boast the kind of dominance of a nearly undefeated season. In fact, it?s been nearly 30 years since it was last accomplished in Formula 1 by McLaren Racing. Ironically, it was the now-ending partnership between Honda and McLaren that won 15 of 16 races in 1988.

The Honda 1.5-liter turbo V-6 proved to be a formidable powertrain inside the re-designed aerodynamics of the MP4/4.

“We knew from the wind tunnel that it was going to be good,? car designer Gordon Murray told roadandtrack.com.

But no one knew at the time how good. The car dominated the 1988 circuit not only in wins but in laps led. Murray designed a car so that both it and the engine would sit flatter, increasing aerodynamics. He also brought in a new suspension to the MP4/4 as well as gearbox redesign.

The result was almost an even split of wins between driver?s Ayrton Senna and Alain Prost, 8 and 7 respectively. Had it not been for Senna?s crash and Prost?s bad spark plug, both in Italy, it might have been a clean sweep.

The only other Formula 1 team coming close to perfection was Mercedes-AMG winning 19 of 21 races in 2016.