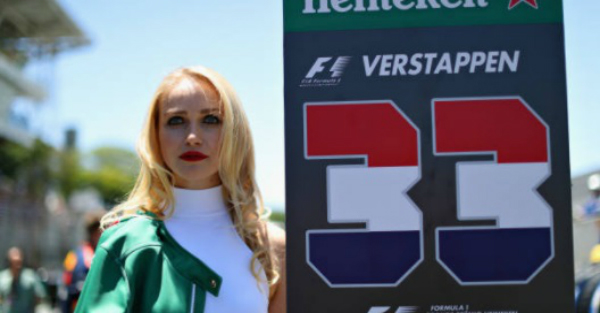 In a world that has become far too politically correct, it seems Formula 1 is following suit and making a change.

So far this week we’ve learned the Cleveland Indians will no longer use their famous Chief Wahoo logo in 2019 in an effort not to insult anyone offended by its use. Now F1 is doing away with grid girls because it doesn’t resonate with their brand values and clearly is at odds with modern day societal norms, according to jalopnik.com.

For the first time in decades Formula 1 will be kicking off the season without grid girls. This past December BBC Sport carried out a poll on Twitter asking if the grid girls should be part of the sport and 60 percent of the votes said they should indeed be.

In a press release from Sean Bratches, F1’s managing director of commercial operations reasons for the change were shared.

“While the practice of employing grid girls has been a staple of Formula 1 Grands Prix for decades, we feel this custom does not resonate with our brand values and clearly is at odds with modern day societal norms. We don?t believe the practice is appropriate or relevant to Formula 1 and its fans, old and new, across the world.”

It seems these changes are just part of the way things will be done moving forward. Don’t be surprised if the Monster Energy girls in NASCAR are the next thing to go.