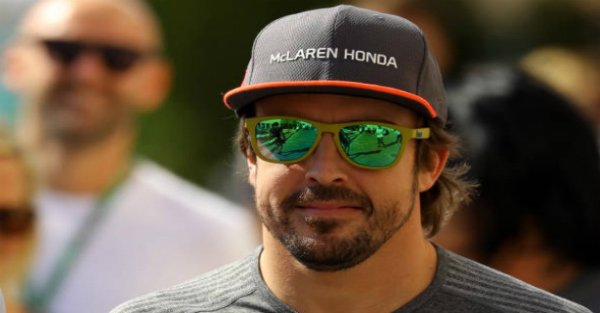 Formula 1 driver Fernando Alonso is interested in expanding his racing repertoire if his schedule will allow him to do so.

The veteran already competes in IMSA Rolex 24 and 24 Hours of Le Mans, as well as the Formula 1 Series, but has recently shown interest in adding more races, according to autoweek.com

Alonso stated that he hasn?t quite thought whether he’d be interested in any more World Endurance Championship races.

“I need to digest that, I need to see the calendar properly,” said Alonso. “It could be nice. Probably. I would love it.”

Alonso is widely regarded as one of the greatest Formula 1 driver’s ever. He’s a two-time world champion (2005, 2006) and has 32 career wins. He raced in this year’s Indy 500, and was running seventh before his engine gave out, resulting in a 24th place finish.

Eric Boullier, racing director of McLaren, previously acknowledged Alonso?s desire to compete in a wide variety of races, but due to scheduling there are only three possible races besides Le Mans.

“First of all, there is a clash like you say, so he can?t do the full season,” said Boullier. “And with the super season, there is only actually I think three races you could do plus Le Mans.”

“Obviously we all know Fernando likes to race every weekend, there is not enough with 52 weekends per year,” he said. “We know that he wants to do Le Mans one day.”

“So far, there have been no official requests,” said Boullier. “We?ve not been asked, so I cannot comment on rumors.”

If he can make it happen, it will be pretty impressive. But, only time will tell if the stars will align and allow Alonso to explore more races.