Drag Racer Jumps Out of Flaming Mustang While It’s Moving 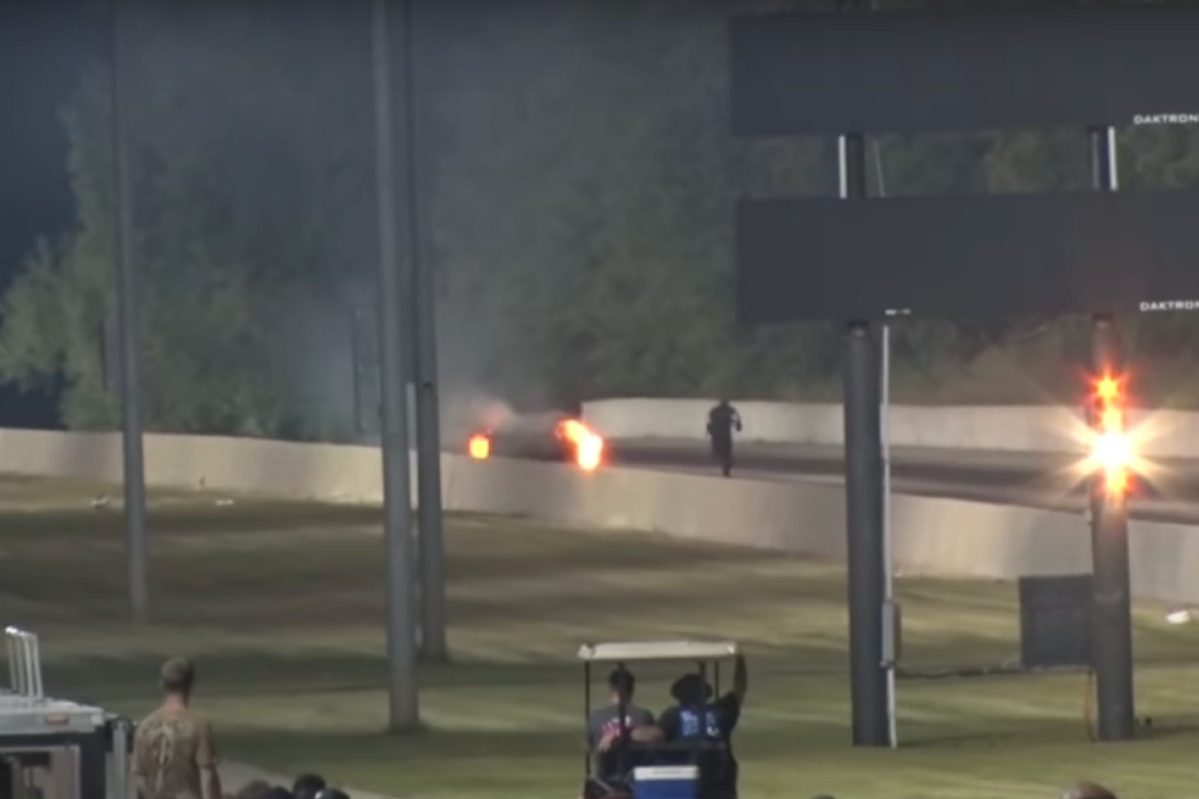 In the world of drag racing, things can go from mild to wild in an instant. We’ve seen it dozens of times, but for one particular racer back in 2017, his wild moment culminated in him bailing from his Ford Mustang that was engulfed in a blazing inferno. This is wild, wild stuff. Clearly, drag racing is a motorsport that isn’t meant for just anyone. But, hopefully, you already knew that.

As you can see from this below video from the 1320video YouTube channel, drag racers sometimes only have a few seconds to make a decision that could end in life or death. Luckily, Jake Blain from Blain Brothers Racing is a seasoned professional and knew exactly what to do when a fuel fire started in his Mustang race car.

In the footage, we see the car burst into flames and Jake almost immediately bailing from the car as it was still moving. Jake later explained that the cause of the fire was a fuel injector o-ring that blew out and caused a very rapid fuel fire.

He seemed very calm and collected while explaining that all of his time and money was wrapped up in the car. Jake said that they would try and rebuild what is left of the car, but after watching the end of the video, it doesn’t look like much.

Luckily for Jake, he will live to see another day as Mustangs are replaceable, but people aren’t. The craziest thing is that he was willing to get right back into racing right after the intense incident. Most folks would probably just call it quits after a terrifying experience like that.