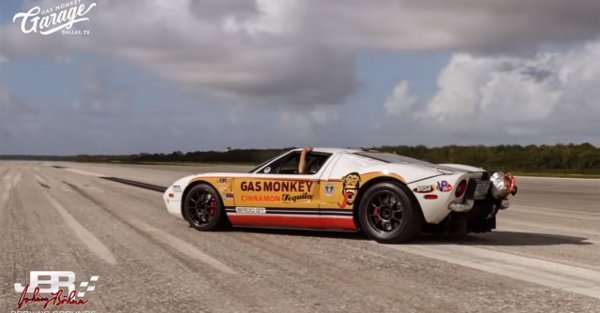 Johnny Bohmer has a pretty impressive car. It’s a 2,700 hp Ford Gt, which has been breaking records, while holding onto its street-legal label.

Bohmer took the BADD GT down to Florida’s Kennedy Space Center to test its limit and to attempt to cross the 300 mph mark. He wasn’t able to boost it up to the 300 mark, but Bohmer crossed the speed record for a street-legal car, 283.23 mph, when he reached 292.9 mph.

The record wasn’t officially logged by Guinness World Records, a representative wasn’t at the run, but Bohmer is going to give it another go in December. This time the Discovery Channel will be there filming an episode of Fast N’ Loud, so there should be a good bit of proof this time around.