A team has, oddly, ordered its drivers not to race each other on the track 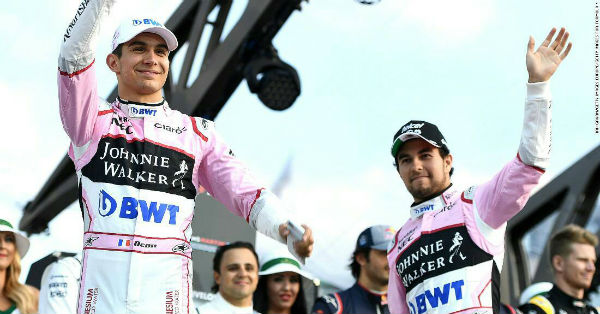 After Force India teammates Esteban Ocon and Sergio Perez made contact in both Beligium and Baku, they received surprising orders during Sunday’s Japanese Grand Prix.

When Perez requested permission to attack Ocon, he was ordered to hold his position and not attempt to pass his teammate.

“The team always comes first,” said Force India CEO Otmar Szafnaue, according to a report by ESPN. “If they can prove to us after this year that they can sensibly race together, then I am sure we will consider that.”

By obeying team orders and subsequently not wrecking each other, Force India earned a double points finish in Sunday’s race. This strong showing by both drivers gave Force India an 81 point lead over Williams Mercedes for fourth place in the Formula 1 constructors’ championship standings. Szafnaue will only consider allowing his drivers to race each other again once fourth place has been secured, according to a report by Motorsport.com.

The next chance for Ocon and Perez to prove themselves to Szafnaue will be on October 22nd when the Formula One drivers visit the Circuit of Americas for this year’s United States Grand Prix.

Force India won't back down on #F1 team orders after telling its drivers to hold position in #JapaneseGP https://t.co/WUzhf490bU