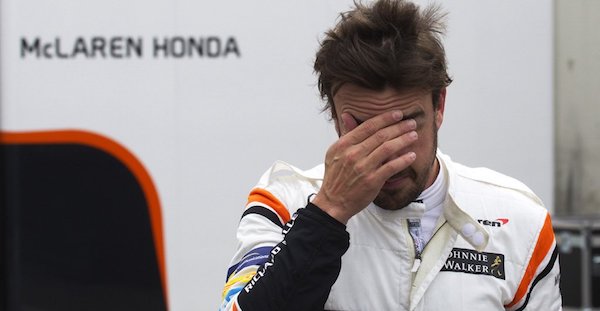 Fernando Alonso has given McLaren an ultimatum. Either find an engine that makes their cars competitive, or he walks. The racing giant is sick of Honda’s motors failing on the McLaren F1 cars, the team seems cursed with DNFs and DNSs, so he’s helping to push things in the right direction by listing himself as collateral.

Is the McLaren-Alonso partnership about to come to an end or could it be the McLaren-Honda one? https://t.co/o4HMzw5D8a #SkyF1 #F1 pic.twitter.com/IzapUU4jW4

Alonso gave McLaren until September to meet his demands, but it’s unlikely that the company’s F1 cars will be making a comeback, especially considering that a planned upgrade to the Honda motor, which was supposed to roll out for the Canadian GP, has been delayed indefinitely.

And it’s not just McLaren that Alonso is miffed at. The two-time world champion said that if the F1 calendar extends to 25 races, he’ll leave the sport entirely.

It’d be sad to see Alonso leave the F1 circuit, but after his performance at the Indy 500, it wouldn’t be a total loss to fans if he made Indy his new home.