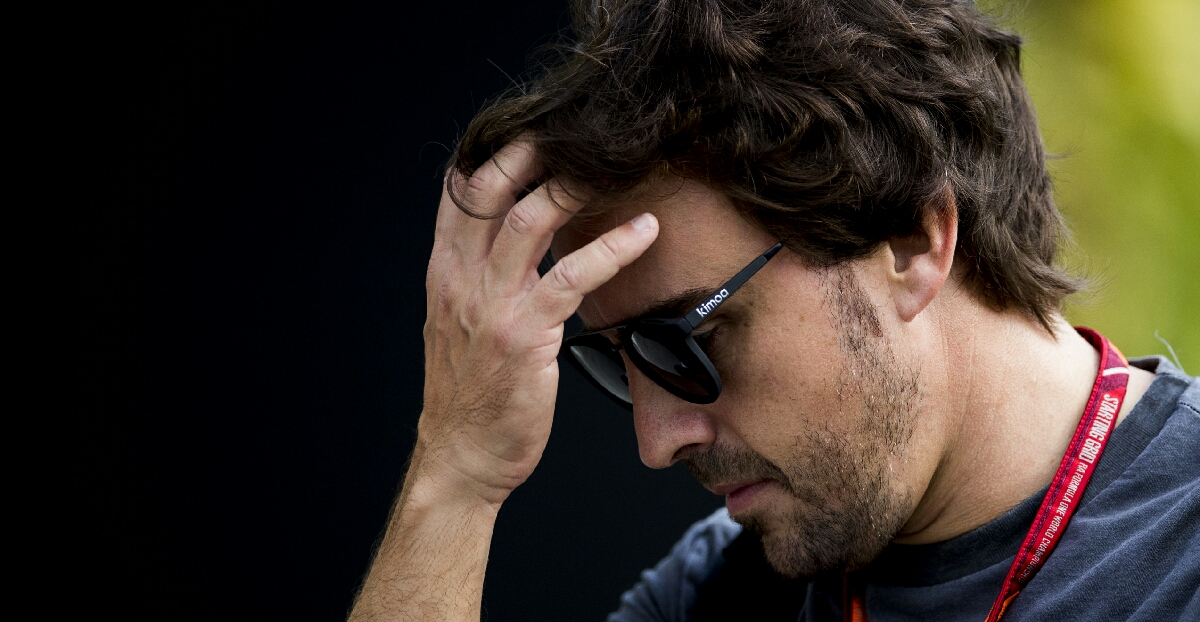 There?s mad and then there?s Fernando Alonso mad. So mad you punch a wall and leave a hole.

The 36-year-old Formula 1 driver hasn?t just been in a dry spell, he?s been in a major drought if you ask him. Singapore was supposed to be different.  ?And that podium could have been one of the biggest things of my career and we missed it,? Alonso tells Motorsports.com.

2017 has been another year in a string of up and down ones for Alonso. Unhappy with the McLaren/Honda partnership, he was excited the team had signed with Renault for next season. He was especially excited about the Marina Bay race where he felt the team had a real chance to make the podium.

?Then we wait for this couple of circuits where we know we are competitive, plus we had the rain, plus we were second or third in that moment in the corner. I think a podium was guaranteed in Singapore and a podium was probably the biggest achievement of the last decade for me,? said Alonso.

Didn?t happen. Max Verstappen and Kimi Raikkonen collided coming out of turn 1, Alonso got caught up and was forced off the track. He tried to get up to speed again, but the damage to his car was too much to continue.

Later, Alonso says he punched the wall in his dressing room out of frustration because he recognized the blown opportunity.

?When I saw the replay, and when I saw Vettel spinning out of Turn 3, we were just behind Lewis, and we were on the right tire at that moment,? he related. ?So we could even try to overtake him if the moment arrives. Then probably, we lose one or two positions, but not more because it is a street circuit, no one will overtake you.?

Still, Alonso says he won?t dwell on what might have been. There?s a lot for which to look forward.

“I really think that all the things that happen in a race or happen in a championship or in your life, there is maybe a reason behind. And that reason is because better times are coming, and I prefer to think that way.?