Women in Drag Racing: Look out for These 6 Badass Drivers 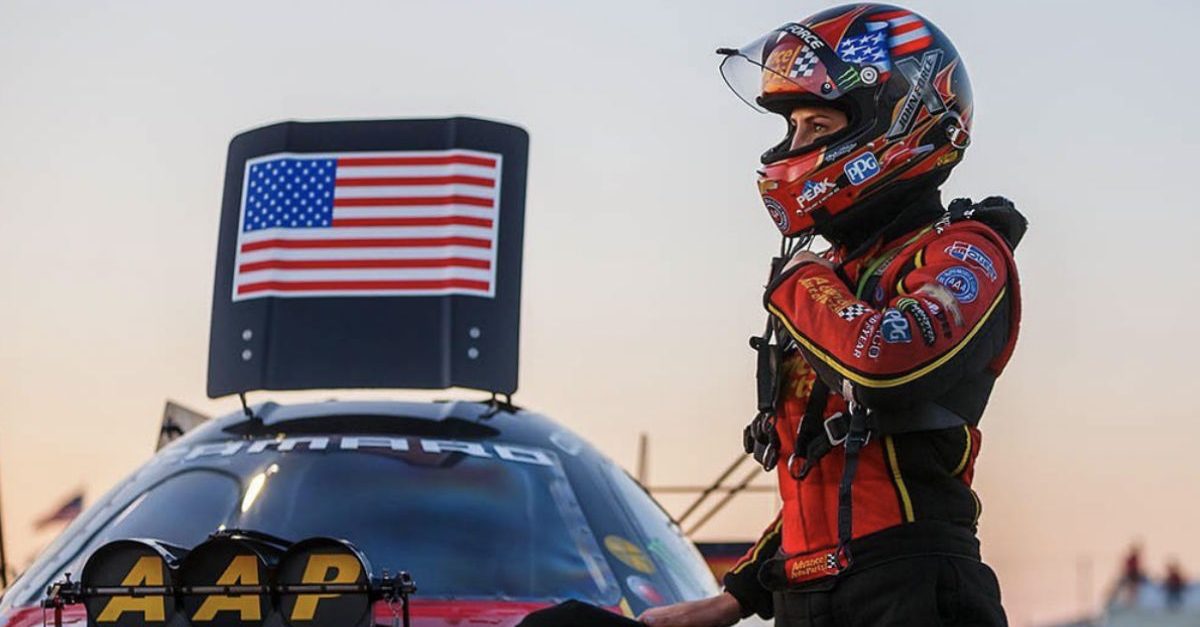 Drag racing is unique as a sport in that all genders compete in the same league for the same titles. This is true for several motorsports, but not since Billy Jean King ate Bobby Riggs’s ego for lunch have so many people come together to witnessed collapses of gender norms in sports.

You’re probably already heard a lot of talk about badass women athletes lately with Megan Rapinoe taking on the “Most Powerful Man in the West,” but these five trailblazing female drag racers should be household names, as well!

Every article about women drag racers should start with Shirley Muldowney. Before feminism was mainstream, a working-class woman chased her dream of being the first female drag racer. She succeeded in this dream, becoming the first woman to secure an NHRA license.

But, she didn’t stop there, of course. Shirley Muldowney went on to become the best drag racer in the NHRA, period. The “First Lady of Drag Racing” became the first person to ever win two — and then three — NHRA Top Fuel titles.

Leah Pritchett also knows how to maximize her impact on the track and off. As a top tier driver, she’s used her status to help move the motorsports world along where it seems to be lagging behind. At the 2016 Carquest Autoparts NHRA U.S. Nationals, an event that ended in an all-female finale, Pritchett beat out racing legend Brittany Force. Since then, she has secured five more victories on the NHRA Top Fuel Circuit.

Recently, in 2018, Pritchett went on record about the NASCAR boy’s club. In an interview with USA Today, she compared the NHRA to NASCAR.

“Drag racing has embraced [women drivers] from the series to the teams to the fans,” Pritchett said. “NHRA prides itself on that diversity. It’s a stereotype that’s already been stepped over. Females are perfectly capable of driving.”

“NASCAR, I think, is still in retrograde, still in a ‘good old boy’ mind-set.” She went on: “This is NASCARland – a male-dominated sport, by far. Between the competitors and the fan base, they just have not come along as far and as quickly as the NHRA has come.”

Indeed, whereas IndyCar and NASCAR can only boast a single win between them since 1950, women in the NHRA have won over 117 separate events and nine championships. It’s hard to argue with those numbers — something systemic must be at play.

But, Pritchett is a pragmatist. She offered that it’s also up to women drivers to attract fans in order to make themselves viable, which is why she supports the efforts of Danica Patrick and her sponsors.

“That makes a difference,” she said, “If the fan base isn’t into it, how can you expect partners to put in millions of dollars supporting a female on the track?”

Brittany Force, known to Google as “John Force’s Daughter” instead of “badass top fuel dragster racer” is a champion NHRA driver with eight event wins under her belt. She’s still racing and making a name for herself, but in the meantime, Google better RECOGNIZE.

Courtney Force, “auto racer,” seems to have had more luck stepping out of her father’s shadow in the eyes of Google’s algorithms. While Brittany dominates in the Top Fuel classification, Courtney, competing in the NHRA Funny Car class, is one of only four women with more event wins than her sister.

Force decided to end her career in 2018. She’s still active on the NHRA scene, though, as a supporting team member and partner, so look out for this badass woman of NHRA drag racing.

Angelle Sampey is another badass female driver and legend of the motorsports world. She’s been a force of nature on the pro stock motorcycle circuit for two decades and says she’s just now growing into her role as a female role model.

We tend to disagree, maintaining that the 42-time event winner, three-time NHRA champion, most-winning woman in motorsport history, fastest person on a pro stock motorcycle (with a 6.871-second lap) has always been a strong female role model.

After a five year absence from 2009 to 2015, Angelle left retirement to race pro stock motorcycles again. If she can manage to secure 3 more event wins, she’ll have more than any pro stock motorcycle race driver in history. And as of 2019, she has a new team so look out, Dave Schultz.

The question remains as to why so many women have broken into the mainstream as NHRA competitors, whereas other motorsports seem to lag behind. However, female athletes are clearly on the rise in all sports, so look tf out NHRA Pro Stock, Funny car, and Top Fuel drivers: Nothing is going to hold these badass auto racing legends back.

Read More: NASCAR Tracks Have Speed Limits and Here Is the Complete List, Including Daytona International Speedway and Pocono Raceway