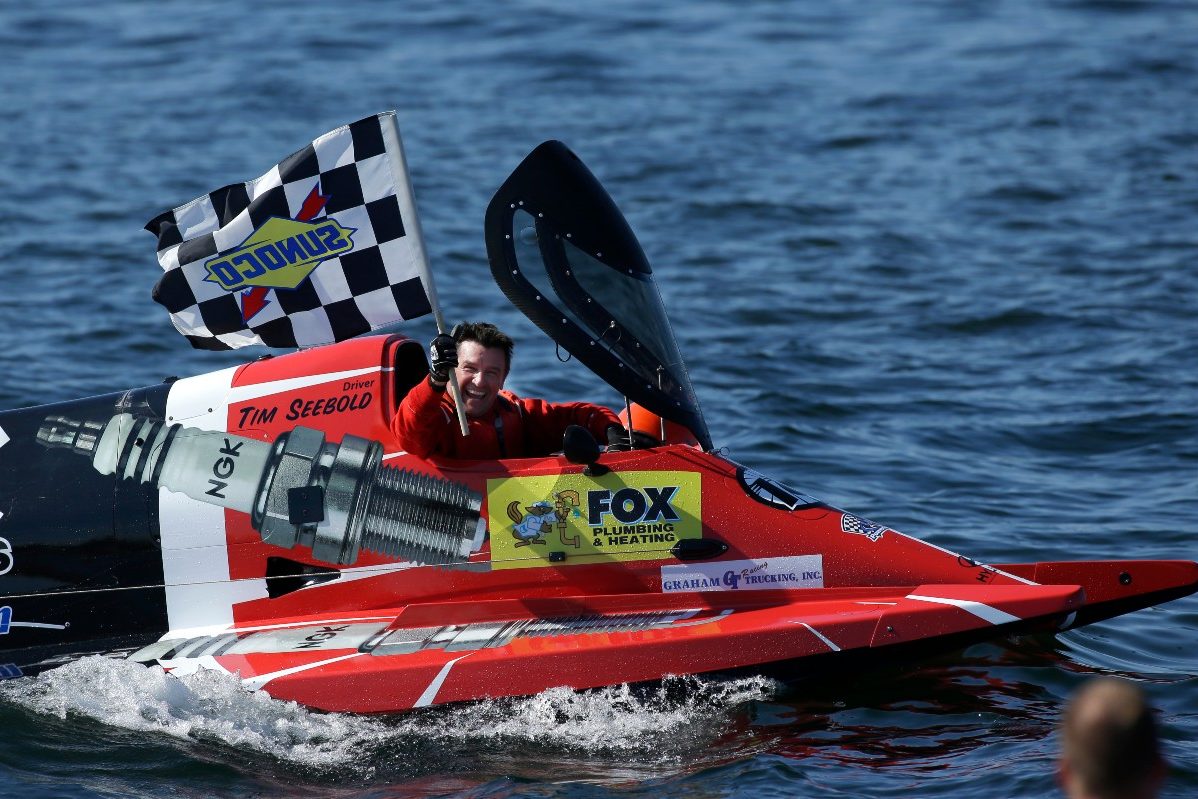 What could possibly make Formula One car racing more exciting?

How about popping off the wheels and adding water?

What Is the UIM F1H2O World Championship?

F1H2O, or Formula One H2O, powerboat racing is a grand prix-style event that has been pitting international teams and boats against each other since 1981.

Each race lasts approximately 45 minutes, with winding courses plotted over large bodies of water to accommodate the tunnel hull catamarans that run the race. With each F1 powerboat measuring approximately 20 feet long and 7 feet wide, and top speeds reaching 155 miles per hour thanks to the 400+ horsepower engines used, it’s easy to see how the sport has earned a reputation as the ultimate adrenaline rush.

In the early days of F1H2O racing, these boats were made of plywood with an open cockpit. Today, drivers have the benefit of a hard-shell, enclosed cockpit with harnesses and airbags. Today’s racers also need to an FIA Super License, which includes testing to demonstrate the drivers’ ability to escape a submerged cockpit. When is the last time you almost drowned while getting your license?

The History of the F1H2O World Championship

The inaugural Formula One powerboat racing championship was held in 1981, though the history of the event involves a lot of strife and competition between Mercury Marine, the Outboard Marine Corporation (OMC), mostly regarding the use of ON or OZ engines. The OZ class developed into Formula One racing, while the ON class became the “World Grand Prix Series.”

And that was fine, for a while. OMC concentrated on building bigger and faster V8 engines, which caused greater safety concerns. Following a series of tragic deaths in races, it was clear that OZ races weren’t going to last long.

So, they did what any waning top-tier sports event would do and doubled down. With American sponsors Champion Spark Plugs and Belgian promoter Pro One, the purse was increased, and boat safety was taken into greater consideration than ever before. Just when it appeared things were on the uprise, OMC took a look at Pro One’s receipts and realized the promoter had spent around three years of budget in just one season. OMC shut down Formula 1 operations in Europe, and from 1987 to 1989, there simply was not a world champion.

Rivals to the Rescue

Meanwhile, Mercury and the ON engine fans had formed the Formula ON Drivers Association (FONDA), which was doing just fine. Sponsored by Budweiser, the FONDA World Grand Prix Series absorbed many of the powerboat drivers left behind by the dissolution of the OZ Formula 1 series.

In 1990, the UIM officially announced that the FONDA World Grand Prix Series would become the Formula 1 World Championship.

David Parkinson, who was tasked with creating the revolutionary Canon Trophy, on which the series was based, continued as series manager and promoter until 1993, when he handed the responsibility off to Nicolo di San Germano.

Today, the F1H2O Grand Prix consists of 279 Grand Prix races, which take place in 32 countries and five continents. In Formula 1 powerboat racing, it’s not uncommon to watch four-time champion Shaun Torrente of Team Abu Dhabi take on the most decorated world champion, Guido Cappellini, and his fellow Italian racer Alex Carella (who competes for Team Qatar), along with three-time World Champion Philippe Chiappe of France, or Finland’s Sami Selio and Wales’ Jonathan Jones, both of whom have won two world titles each. F1 powerboat racing is truly an international sport that reflects all parts of the world in the championship standings.

If land-locked racing has left you feeling a bit dry, perhaps it’s time to take to the lake with UIM F1H2O World Championship powerboat racing. There’s no time like the present to pick up a new speed sport to watch, after all!