Erica Enders: What to Know About the History-Making Drag Racing Driver 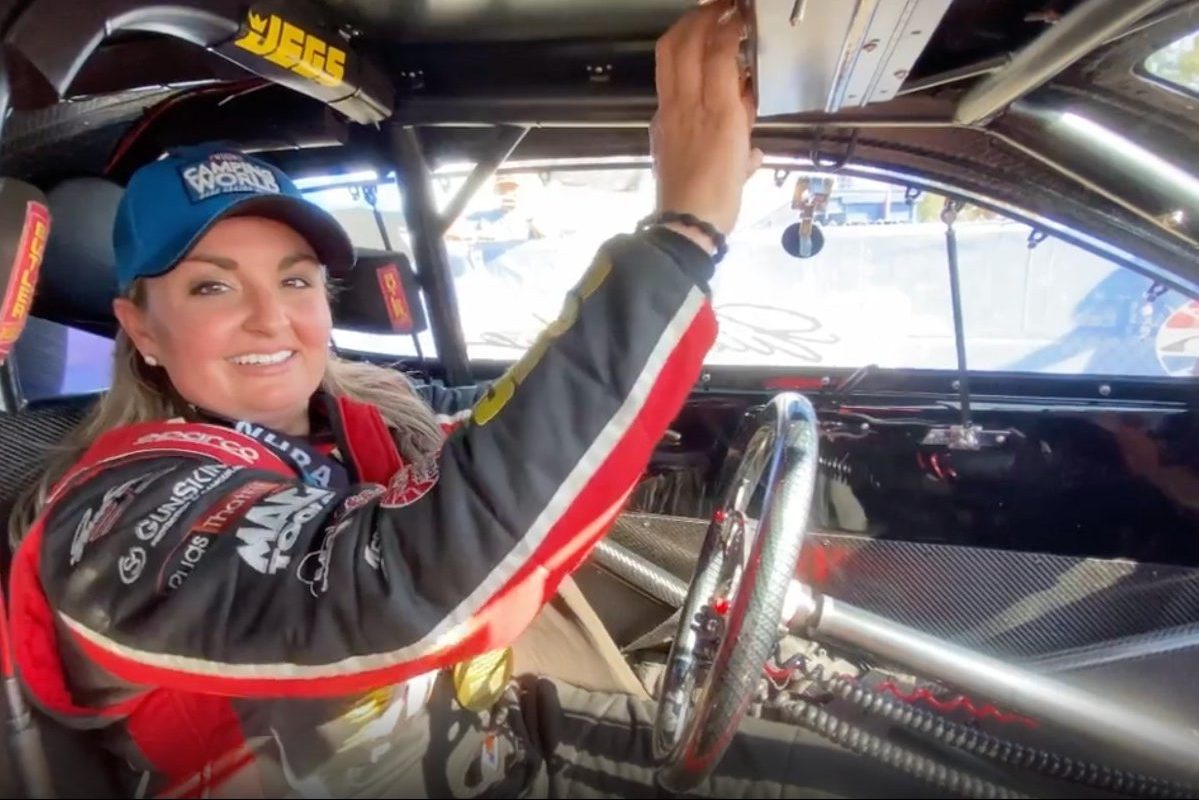 Anyone who has seen the Disney Original Movie Right on Track knows about Erica Enders. In fact, anyone who recognizes a fantastic drag racer when they see one knows Erica Enders, too.

So, what is it about this female driver that has gained her worldwide recognition? It probably has to do with her multiple championships, dating back to 1992, when she was just eight years old.

Heck yeah they are, and in the case of Erica Enders, they’re good at it, too.

A native of Houston, Texas, Erica Enders first took to the track in Division 4 Junior Dragster competitions. In 1993, she won the division championship, and in 1995, she was named Junior Dragster Driver of the Year. She continued racing in the Juniors until 2000, when she made the move to NHRA national events. Not only was she the youngest NHRA national event finalist at age 16, but she was also named NHRA Sportsman Rookie of the Year.

Being a Female Driver in the NHRA

As it turns out, there are not many women competing in NHRA Pro Stock races. In fact, Erica Enders holds a lot of records that start with the phrase “the first woman.”

In 2005, she was the first woman to compete in the Pro Stock category since 1993, which she then followed up with milestones, such as becoming the first woman qualifying in the top half of her field and the first woman to reach a final round. By the end of 2005, she had collected more round wins than all of the previous Pro Stock female drivers in NHRA history. She was even nominated to be the season’s top rookie.

She started off 2006 right, becoming the first woman to qualify as No.1, followed by becoming the runner up at the Gatornationals in Gainesville.

In 2011, she began driving for Cagnazzi Racing, and not only broke the Pro Stock speed record at Gainesville that year, but also blew NASCAR driver Kurt Busch away in the first round.

How to Become a Pro Stock World Champion

Erica Enders’ first Pro Stock win occurred in 2012 in the final round at Route 66 Raceway in Joliet, Illinois. With a winning time of 6.627 seconds, she beat four-time champion Greg Anderson to become the first woman to win a Pro Stock race. That’s a lot of firsts for one 1,320-foot run!

Following a promising 2013 season, Enders decided to join the NHRA Mello Yello Drag Racing Series for 2014, this time behind the wheel of the Elite Motorsports Chevrolet Camaro. This proved to be a smart move, as she won the NHRA Pro Stock World Championship that year, with six total race wins throughout the season.

2015 started out with several more firsts, including beating two existing NHRA records. Not only did she beat the record for most national events career wins by a female driver, but she also won more races in a single season than Angelle Sampey, the previous record holder.

Oh yeah, and she was NHRA World Champ again that year, too.

Oh, you know. The usual.

In September 2020, Erica found victory at the U.S. Nationals with a 6.606-second final round run in the Melling Performance/Elite Motorsports Chevrolet Camaro. She followed that up with her fourth Pro Stock world championship, which she picked up in Las Vegas in November 2020.

Erica Enders gives a lot of credit to her crew chiefs and crew members, as well as her sister Courtney. A former Junior Dragster driver herself, Courtney and the girls’ father Gregg frequently find themselves credited with Erica’s many successes.

So, if you’re looking for the hottest driver in the NHRA Pro Stock world, may we suggest Erica Enders? She’s pretty much a big deal.