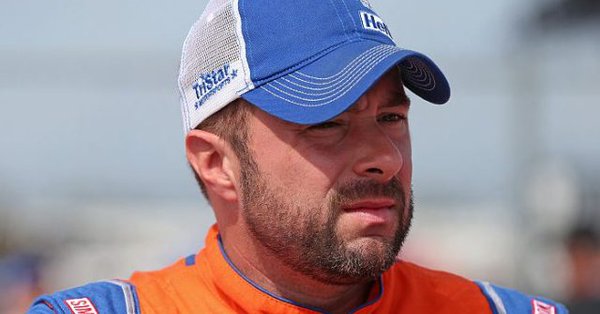 Eric McClure, a former NASCAR driver in the Xfinity series who now co-owns Martin-McClure Racing,  has decided to take a leave of absence from the team after he was arrested following an altercation with his wife, the team announced on its Facebook page.

?Eric needs to take some time to handle the repercussions of what happened,? co-owner Hal Martin told the Bristol Herald Courier.

Eric McClure was arrested following a domestic violence incident .. on February 11, 2018. In light of these developments McClure has taken an indefinite leave of absence from Martin-McClure effective immediately. Hal Martin will oversee all team operations.

We are committed to our team’s values of transparency, professionalism, and performance. Our highest priority is to maintain a family-centered atmosphere where everyone is safe and protected. We strive to ensure that any contrary actions are met with a prompt and appropriate response.

We ask for privacy for Eric and his family and appreciate your thoughts and prayers during this sensitive time.

According to an affidavit, authorities responded to McClure’s home, which he shares with his wife, Miranda, and their seven daughters. ESPN reported there was an altercation between McClure, 39, and his wife, which led to the arrest.

McClure was released on $2,500 unsecured bond, and has an arraignment  scheduled for Feb. 21.

Martin said the arrest came as “a big shock to all of us.”

McClure ran in 288 Xfinity and three Cup Series races over his career. His Martin-McClure Racing competed last year in the NASCAR K&N Pro Series East.  The team, on its Facebook page, says it hopes to be back on the track this year.